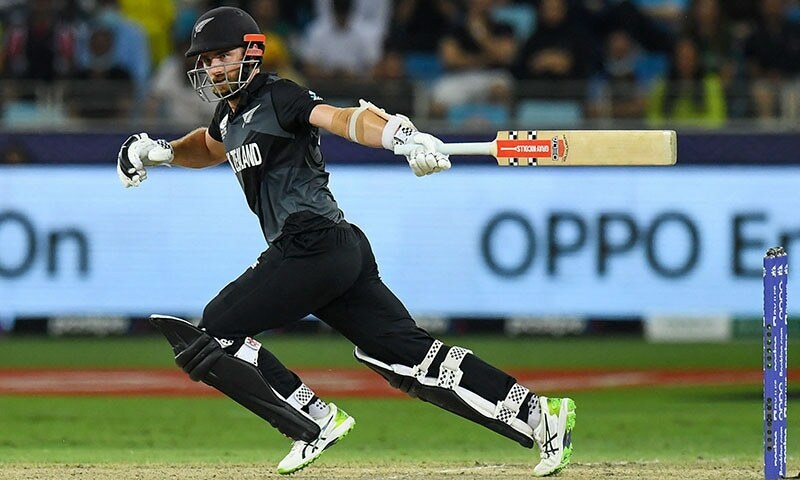 Kane Williamson played a captain’s knock of 85 to help New Zealand manage a challenging 172 for four against Australia in the Twenty20 World Cup final on Sunday.

Williamson, who was bowled out for 21, started cautiously but once settled he faced opposition bowling to complete his maiden half-century of the tournament.

He hit 10 fours and three sixes in 48 balls to guide New Zealand to a 57-1 victory in 10 overs after being invited to bat first.

The Kiwis struggled early on and Daryl Mitchell was caught by 11-run pacer Josh Hazlewood, who returned impressive figures of 3-16 in his four overs.

Captain Aaron Finch gave Australia’s bowlers a tough fight by winning the crucial toss in Dubai, which saw 11 wins from 12 matches in the tournament for the team batting second in the tournament.

Opener Martin Guptill failed to score runs despite three fours and a 48-run stand for the second wicket with Williamson.

Williamson was saved from a spill in the deep by Hazlewood and the ball went out of the fielder’s hand to find a boundary. Paes spearhead Mitchell Starc was the bowler.

The skipper hit two more boundaries off left-arm pacer Starc, who was taken to 60 in his four overs to bring some momentum to the innings.

Adam Zampa sent Guptill back into the dugout after the opener’s 35-ball 28, but Williamson kept the charge with two sixes off Glenn Maxwell.

Williamson again picked up Starc for four boundaries and a six in the 16th over of 22 runs and scored 68 runs along with Glenn Phillips, who scored 18 runs.

Hazlewood came back to break the stands with the wicket of Phillips in his final over and then dismissed Williamson with a leg-cutter.

Williamson’s score was the joint-highest in a T20 World Cup final with Marlon Samuels’ unbeaten 85 in West Indies’ title win in the 2016 edition.

Both Australia and New Zealand are bidding for their maiden T20 World Cup crown.