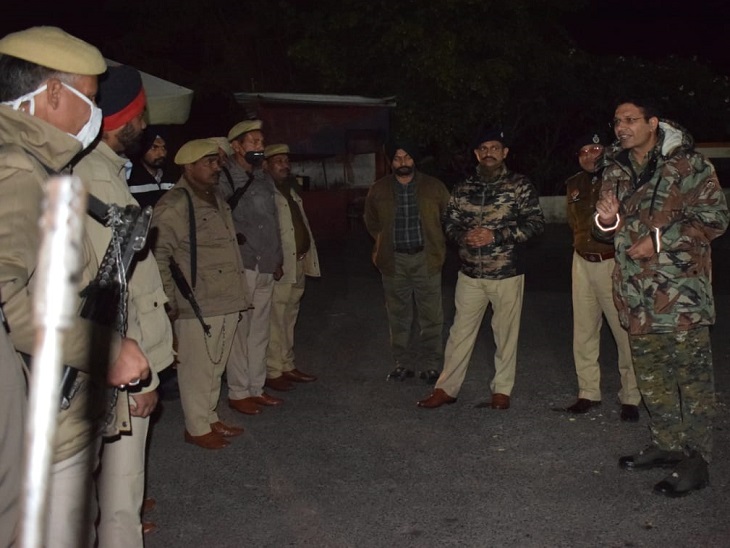 The recovery of grenades and tiffin bombs in Punjab has increased the concern of the government. After which 135 gazetted officers have been fielded for security at night. These officers do their duty, so Deputy CM Sukhjinder Randhawa, who is handling the Home Ministry, will personally check their location.

Randhawa held a meeting with Law and Order and Border Range officials in Amritsar on Tuesday. After which DGP Iqbalpreet Sahota issued an order in this regard. In which he has been asked to pay attention to the branches of Rashtriya Swayamsevak Sangh (RSS) as well as other sensitive places.

Officers checking at night in Punjab

Steps after grenade attack on Army Cantt
Four days ago, there was a grenade attack on the gate of Army Cantt in Pathankot. In which there was no loss of life, but the security of the police was visible during the night. After this, the police got information about the presence of two suspects in Bamiyal village, one and a half kilometers from the Pakistan border. Police also launched a search operation with the help of Army and BSF. However, no one could be caught. After which the government has become alert.

Assembly elections became a matter of concern
Assembly elections are due in Punjab after three and a half months. Earlier, the government’s concern about such attacks and seizure of weapons has increased. The government had also recently objected to the increase in the BSF’s range from 15 km to 50 km. The government’s argument was that the Punjab Police was capable of security. After which the night security has also been handed over to the officials.

Police districts divided into sectors, special watch on drones: DGP
DGP Iqbalpreet Sahota said that every police district has been divided into sectors. Where DSP or SP rank officers will lead patrolling at night. They have been asked to check nakas and vehicles as well as keep an eye on railway stations, bus stands, religious places, RSS shakhas and other sensitive places. Apart from this, the Commissioner of Police and SSP have been asked to keep an eye on drones or any suspicious person roaming in these places.