World Latest News Headlines Latest News from every corner of the World
Home Asia ‘Mohammed Shami, we are with you’: Rahul Gandhi extends support as social...
Facebook
Twitter
Pinterest
WhatsApp 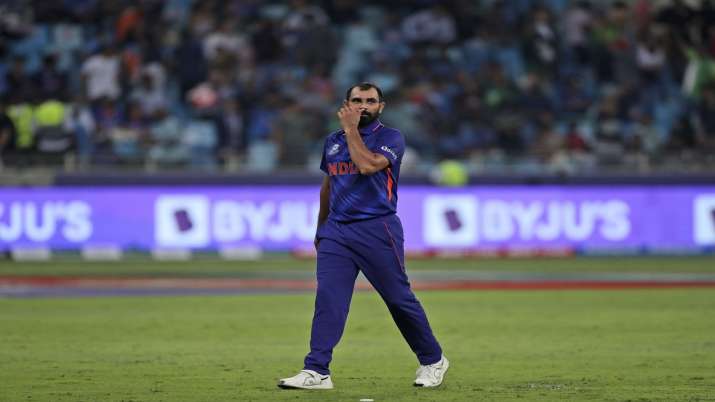 As social media trolls linked Mohammed Shami’s performance to his religion after their 10-wicket loss to Pakistan in their opening match in the ICC Men’s T20 World Cup on Sunday, several politicians, former cricketers have extended their support to the Indian pacer. . .

Congress leader Rahul Gandhi also extended his support to Mohammed Shami and urged him to forgive the trollers as they are “filled with hate because no one gives them love”.

India lost their T20 World Cup opener by 10 wickets on Sunday, with Shami emerging as the costliest bowler of the night, conceding 43 runs in 3.

Gandhi said in a tweet, ‘Mohammed Shami, we are all with you. These people are full of hatred because no one gives them love. Forgive them.”

Shami has been one of India’s best fast bowlers in recent times and has done well in the last five years.

Trolls on social media on Sunday night linked his general performance to his religion, which did not go down well with fellow netizens, many of whom supported the 31-year-old.