By Keith Griffith For Dailymail.com

More than 67,000 Americans died of violence-related injuries in 2019, the Centers for Disease Control and Prevention said in a new report on Thursday.

The 2019 total, which is the latest available in the series, represents a slight decline from the prior year’s total of about 68,000 violent deaths, and precedes more recent trends of rising murder rates.

The CDC study found that about 43,100 people died of suicides in 2019, accounting for 64.1 percent of violent deaths, and that half of all suicides involved firearms.

Around 16,800 were killed in homicides, or 25.1 percent of all violent deaths, while in 8.7 percent of cases, the intent behind the violent death could not be determined.

More than 67,000 Americans died of violence-related injuries in 2019, the Centers for Disease Control and Prevention said in a new report on Thursday 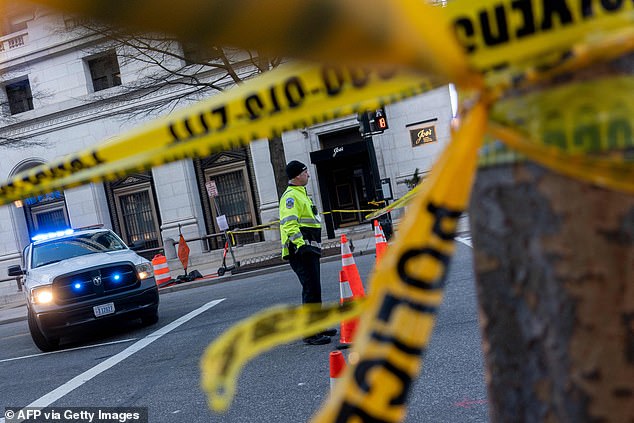 Crime scene tape is seen in Washington DC in a file photo. Around 16,800 were killed in homicides in 2019, or 25.1 percent of all violent deaths

Legal intervention deaths, the study’s term for police killings, accounted for 1.4 percent of the total, or about 940 deaths.

Still, white males, who make up a higher percentage of the total population, accounted for nearly half of all police killings in 2019.

Regarding suicides, the study found that men died of suicide at a rate 3.8 times higher than women.

White persons accounted for the majority (80.4 percent) of all suicides, however Native Americans had the highest suicide rate on a per capita basis.

Overall, firearms were used in half of all suicides, followed by hanging, strangulation, or suffocation. Among women, poisoning was the most common method of suicide. 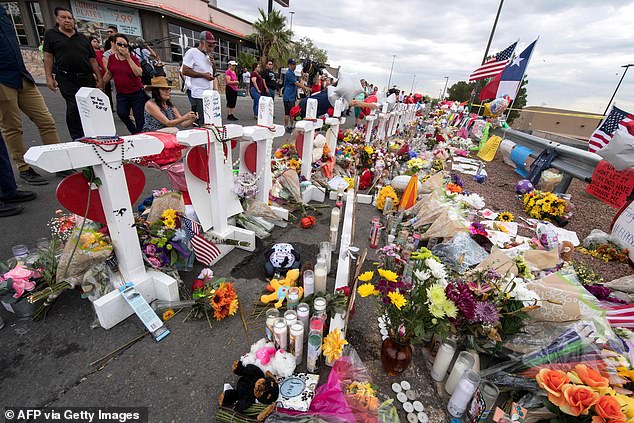 A memorial is seen at the Cielo Vista Mall Walmart, in El Paso, Texas, the site of the deadliest US mass shooting in 2019

Nearly half of those who died in suicides had a current diagnosed mental health problem, and almost a quarter of them had told someone of their suicidal intent prior to their death.

Among homicides, a gun was used in 74.6 percent of cases, followed by a sharp instrument (10.1 percent), a blunt instrument (4.1 percent), personal weapons (eg, hands, feet, or fists; 3.7 percent), and hanging, strangulation, or suffocation (2.1 percent).