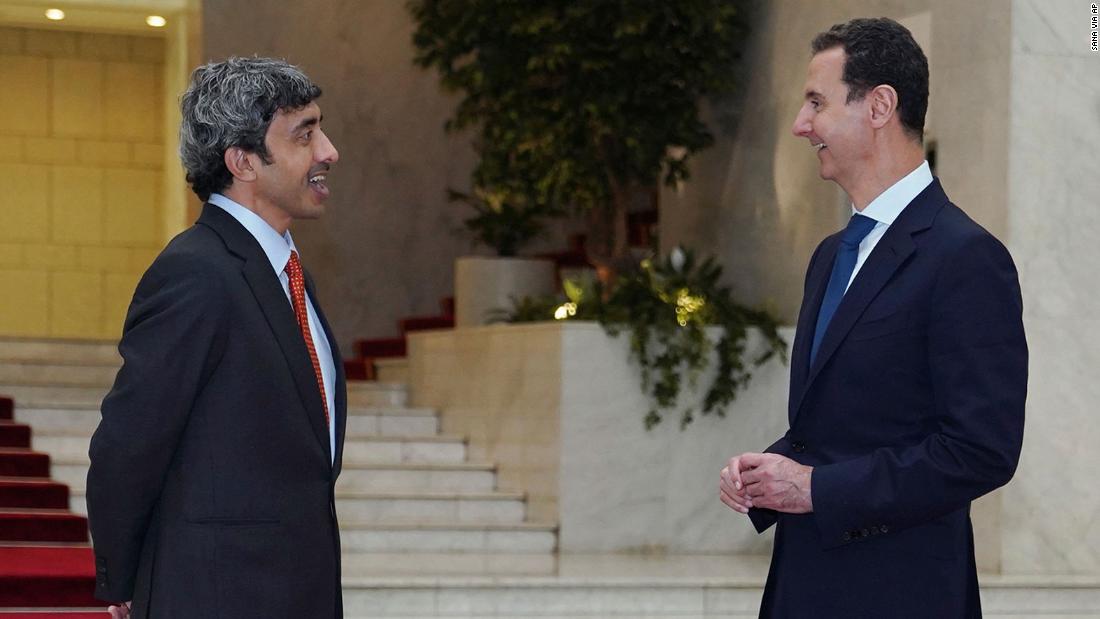 The visit is the biggest sign of the normalization of regional ties with Assad’s government as his diplomatic isolation was prompted by the brutal crushing of a popular uprising by the Syrian dictator. It is also the most high-profile meeting between Assad and an Arab official since former Sudanese president Omar al-Bashir flew to the Syrian capital several days before his ouster in 2019.

According to the Syrian presidential statement, the UAE’s top diplomat discussed “bilateral cooperation and developing cooperation in various areas of common interest” between the two countries.

Assad also thanked the UAE for their support in “overcoming” [Syria’s] challenges imposed by war.” The Syrian presidential statement quoted Sheikh Abdullah as saying that “what happened in Syria affected all Arab countries.”

Sheikh Abdullah has been a vocal opponent of the US sanctions regime against the Assad government, known as the Caesar Act. In 2018, the UAE reopened its Damascus embassy, ​​helping the Syrian government in a regional bid to reintegrate into the regional diplomatic space.

The move to normalize regional ties with Damascus has faced resistance from the US and other Western countries, who fear that ending Assad’s isolation would empower the Syrian dictator and punish him for his alleged war crimes and crimes against humanity. Any chance of accountability for The Assad government denies those allegations.

But while official Western policy toward Assad’s government remains unchanged, opposition to normalizing ties appeared to be dwindling over the past year. Washington has quietly approved a new gas pipeline to lebanon which aims to alleviate the country’s severe fuel shortage, but passes through Syria in violation of the sanctions campaign against the Assad regime.

Prominent Emirati analyst Abdulkhalek Abdullah tweeted a photo of Sheikh Abdullah, “His Majesty in Damascus paves the way for Syria’s return to Arabia.”