Chief Justice Roberts on Friday questioned the White House claim that its vaccine mandate was a ‘workaround’ as the Supreme Court heard arguments against the Biden administration’s COVID-19 vaccine mandate.

Business groups and Republican states believe mandates for businesses with more than 100 staff and a similar requirement for healthcare facilities represent an overreach of federal power.

During the hearing, Roberts made reference to an infamous moment on Twitter when White House Chief of Staff Ron Klain appeared to endorse the idea that a workplace mandate was a ‘workaround’ – using an emergency workplace rule to impose sweeping requirements.

‘It seems to me that the government is trying to work across the waterfront and is just going agency by agency. I mean, this has been referred to as a “workaround” and I’m wondering what it is you’re trying to work around,’ he asked Solicitor General Elizabeth Prelogar.

She replied saying it was simply a matter of the Occupational Safety and Health Administration acting to protect the workforce. 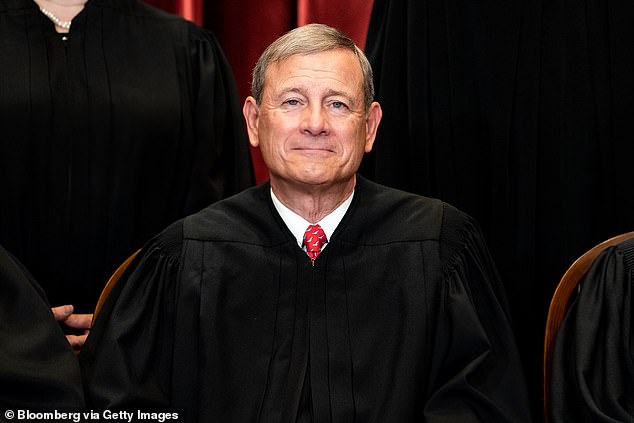 The White House says the mandates will save thousands of lives and strengthen the economy by ensuring people are protected from the worst consequences of the pandemic.

The court’s liberal justices were quick to emphasize the historic nature of the pandemic and the scale of death it had caused.

Justice Sonia Sotomayor spotted an apparent contradiction in Ohio Solicitor General Benjamin Flowers case when he said states may be entitled to impose mandates on businesses.

‘So it’s within the police power to protect the health and welfare of workers, you seem to be saying, the states can do it,’ she said.

‘But you’re saying the federal government can’t, even though it’s facing the same crisis in interstate commerce that states are facing within their own borders.

‘I’m not sure I understand that distinction: Why the states would have the power, but the federal government wouldn’t.’

He answered: ‘The federal government has no police power.’

Sotomayor interrupted, saying: ‘Oh, it does have power with respect to protecting the health and safety of workers.’

Flowers said he disagreed that amounted to a police power.

The impact of the pandemic was on full display on Friday, when the hearing was conducted in a building that has been closed to the public for almost two years and two lawyers delivered their arguments remotely after testing positive for COVID-19.

The Ohio attorney general’s office confirmed that Flowers was delivering his argument by telephone.

‘Ben who is vaccinated and boosted, tested positive for COVID-19 after Christmas. His symptoms were exceptionally mild and he has since fully recovered,’ it said in a statement to Reuters.

‘The Court required a PCR test yesterday which detected the virus so for that reason he is arguing remotely.’ 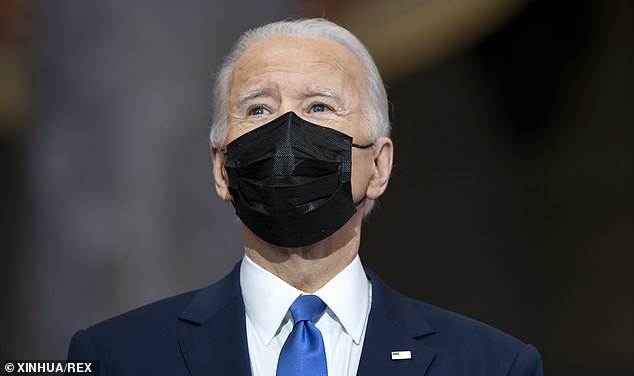 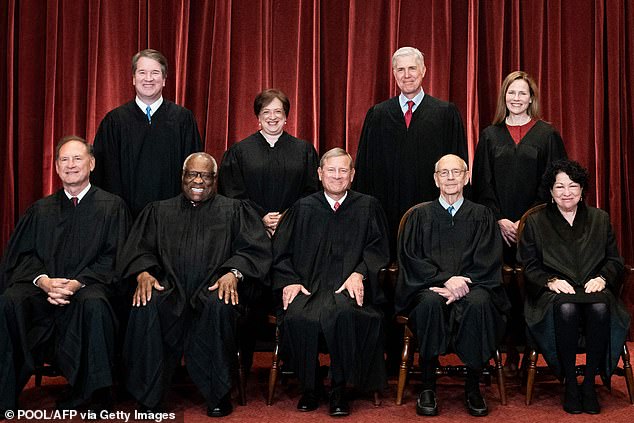 The court was expected to hear more than two hours of arguments on Friday. Justice Sonia Sotomayor (front row, far right) took part from her chambers

Sotomayor also took part from her chambers. She has suffered from diabetes since childhood.

The White House says the mandates will save thousands of lives and strengthen the economy by ensuring people are protected from the worst consequences of the pandemic.

But opponents say the federal government has exceeded its authorities, by imposing requirements not authorized by Congress.

In her questions, Justice Elena Kagan sounded skeptical of that line or argument.

‘This is a publicly politically accountable policy. It also has the virtue of expertise,’ she said.

‘So on the one hand, the agency with their political leadership can decide or on the other hand, courts can decide.

‘Why in the world would courts decide this question?’

Scott Keller, who argued on behalf of business associations against the mandate, was also asked why they were seeking an immediate stay.

‘The short version is as soon as businesses have to put out their plans and this takes effect, workers will quit,’ he said.

‘That itself will be a permanent worker displacement that will ripple through the national economy.’

Prelogar, US solicitor general, argued that such an action was a central part of the Occupational Safety and Health Administration.

‘COVID-19 is the deadliest pandemic in American history, and it poses a particularly acute workplace danger,’ she said.

‘Workers are getting sick and dying every day because of their exposure to the virus at work.’

Earlier, the White House said the two policies – implemented by OSHA and the Centers for Medicare & Medicaid Services (CMS) – were ‘critical’ to the nation’s COVID-19 response.

‘The need and the urgency for these policies is greater than ever, and we are confident in the legal authority for both policies.’

Alfredo Ortiz, president of Job Creators Network, one of the group’s that brought the challenge, said: ‘The Supreme Court can defend small businesses nationwide by following precedent and immediately staying the Biden administration’s employer vaccine mandate.

‘This unprecedented government overreach would impose new costs on businesses at the worst possible time and exacerbate the labor shortage and supply chain crisis.’