Two women journalists were detained by the police in Tripura on Sunday. His name was in the FIR. The FIR has been registered following a complaint by Kanchan Das, a member of the right-wing group Vishwa Hindu Parishad. The names of both the journalists are Samridhi Shakuniya and Swaran Jha. Both are covering incidents of violence in Tripura recently.

He alleged that the police came to his hotel in the morning and threatened him. These journalists have been charged with promoting enmity between communities on grounds of religion under Section 153-A and being part of a criminal conspiracy under Section 120(B) of the IPC.

The case started in Bangladesh in protest against the vandalism of temples. Religious organizations took out rallies in many places against this.

Notice of inquiry was given on November 21
In a tweet, Samridhi Shakuniya alleged that she was not allowed to leave the hotel. He wrote that the police reached the hotel at around 10.30 pm yesterday (Saturday) and handed over the copy of the FIR at 5.30 am. We were to leave for the capital Agartala, but despite full cooperation, we were not allowed to leave. Around 16-17 policemen are stationed outside our hotel.

On the other hand, Swarna wrote that Vishwa Hindu Parishad has lodged an FIR against me and Samriddhi at Fotok Roy police station last night. He has also shared its copy. Also wrote that around 10.30 pm the police came out of our hotel. He didn’t talk to us at that time. When we went to check out at around 5.30 am, the police informed us about the complaint lodged against us. Asked to be taken to Dharmanagar police station for questioning.

Police said- permission was taken before interrogation
At the same time, according to a report by NDTV, a police officer said that on the basis of the FIR, we had gone to meet those journalists. They were staying at a hotel in Dharmanagar sub-division of Tripura’s northern district. For this we also took permission from them. We spoke to them which was for basic information. We have given them notice. He requested us to give some time so that he can appear with his lawyer. was allowed. I think they have already left.

According to sources, a police team only served him a notice and later asked him to appear for questioning on November 21.

What happened in Tripura after all? 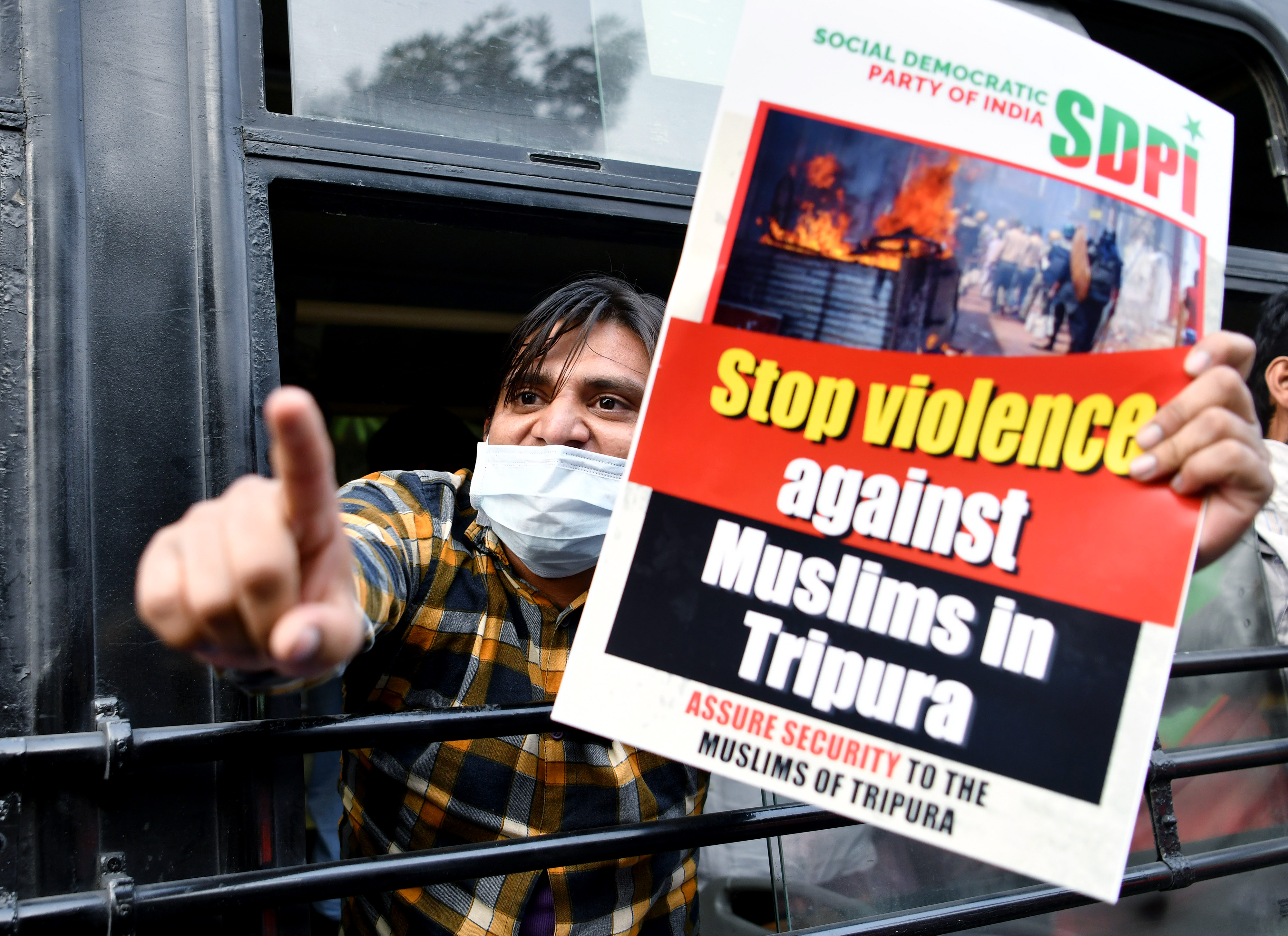 There were reports of vandalism in shops and houses during the rally in Tripura. This heated up the matter.

Last month, violent mobs ransacked Durga Puja pandals and temples in Bangladesh. After this many reports came, in which it was said that Hindus are being attacked at different places in Bangladesh. In protest, some organizations took out rallies in Tripura. During this, at some places, the mob ransacked shops and houses.

On October 21, a clash broke out between the mob and the police during a rally in Gomti district. Rally was also taken out in Agartala, Dharmanagar and Panisagar. There are also reports of damage to religious places during this period. Swarna Jha wrote on social media on Saturday that she has spoken to the local people about the damage caused to a mosque. However, the Home Ministry has already dismissed the claims of vandalism in a mosque in Gomti district.

Violence in Maharashtra over Tripura issue 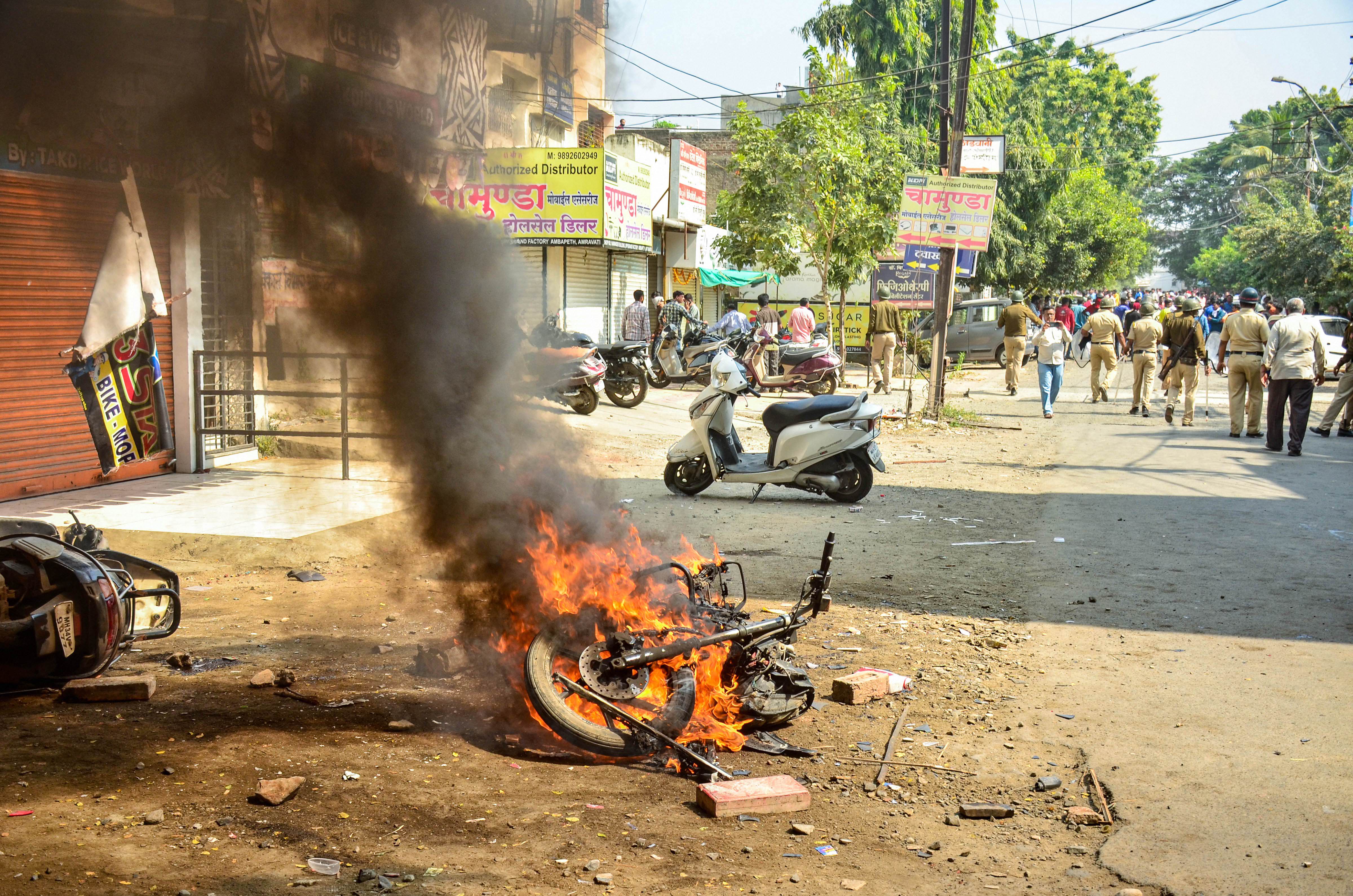 The maximum impact of Tripura violence was seen in Maharashtra. Here the atmosphere deteriorated in three cities.

Violence erupted in three Maharashtra cities of Nanded, Malegaon and Amravati over the issue of Tripura. A bandh was called here in protest against the incidents in Tripura. Meanwhile violence spread. This happened because of the forced closure of shops. Curfew had to be imposed in Amravati after two consecutive days of violence. Internet service was also stopped here.