You’ve been part of the entertainment industry for three decades. How have streaming video platforms changed the industry?

During the early days of Doordarshan, there were shows such as Tamas (1988) and Khandaan (1985). They are more like modern dramas. On satellite TV, we made some good shows but it never went to that level. Then came saas-bahu shows and Kaun Banega Crorepati (2000-). With the streamers, we have the opportunity to produce high-quality drama with multiple seasons. This is what HBO and American television has been doing since the ’90s, with shows such as The Sopranos (1999-2007) and The Wire (2002-08). That’s the change that streamers have brought in India especially since the internet has reached everywhere.

What are the essentials to create good OTT content?

When you create a daily soap, you create characters and it comes out every day. They are big on characters while the plot progress remains slow. We treat drama series for streaming video platforms as extended movies. They are much richer and have more compelling characters. We started making such shows six years ago and we are getting better at it. We have learned the art of writing long-form, multi-layered and multi-seasoned series very fast.

This is a very diverse and large market. The streaming business allows you to tell distinctive stories without adhering to a one-size-fits-all format. We started with the thought to commission original writings, doing Indian adaptations of international shows, and literary adaptations for the screen. In August 2017, we discussed making a series on Sucheta Dalal’s book The Scam. We also got the rights to adapt Criminal Justice (2019), a British series, and Hostages (2018-19), an Israeli series. At the same time, we developed Hasmukh (2020) and Rasbhari (2020). We follow the hub-and-spoke model; we make the shows, then license them.

A still from Criminal Justice

How is this model working out for you?

This is how movie studios traditionally used to operate. Right now, we are the only ones doing it. This means we think of ideas, get talents to work on them, raise the finances and produce them. The difference is that it is released on streaming platforms instead of theatres. We are like a traditional 20th-century content studio re-imagined for the 21st century. The basic rules of the business still apply.

What’s your plan for the next five years?

The market is at an exciting space. We have 20-30 million streaming subscribers. The next five years is going to witness a huge explosion in the number of consumers. The bar on quality will be raised. Since streaming allows you to be agnostic — you can watch any show, any time, anywhere — we are also going to make more projects based in south India. The next five-10 years, if we stay focussed and disciplined, it would be a wonderful time for the industry.

How often do you do post-mortems of your shows?

All the time. We are always reviewing our work. If we love the work of a director, cinematographer or writer, we work with them again. We also love to repeat our cast. The journey of the show is very different for us. We are aware of all the drama that takes place before its release. Three months prior to a show’s release, we might be carrying out patchwork and re-shoot. We also get feedback from the platforms and get to hear different points of view. 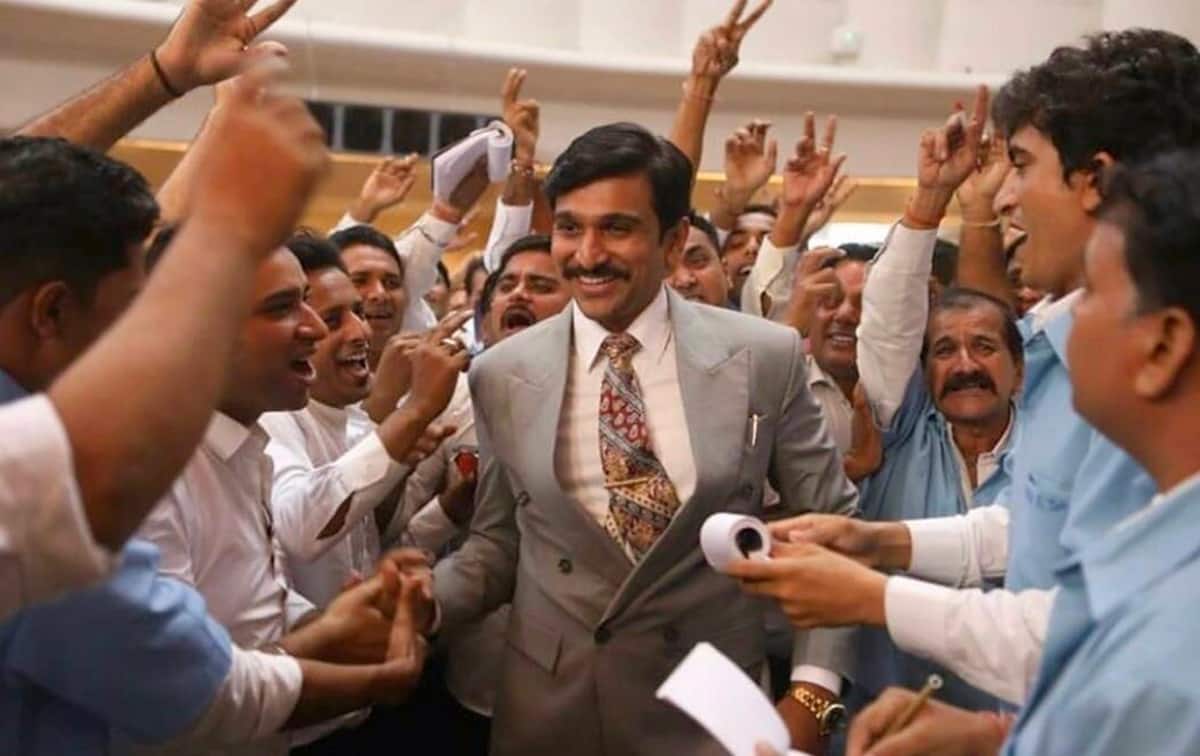 A still from The Scam

If it’s a good book and has a structure, you can build on it. If it’s written well, the chances of the product being good are higher. The rigour is in the writing — working on memorable moments, apt lines, and getting the emotions right. Once that’s done in a diligent manner, shooting and post-production are pretty straightforward processes.