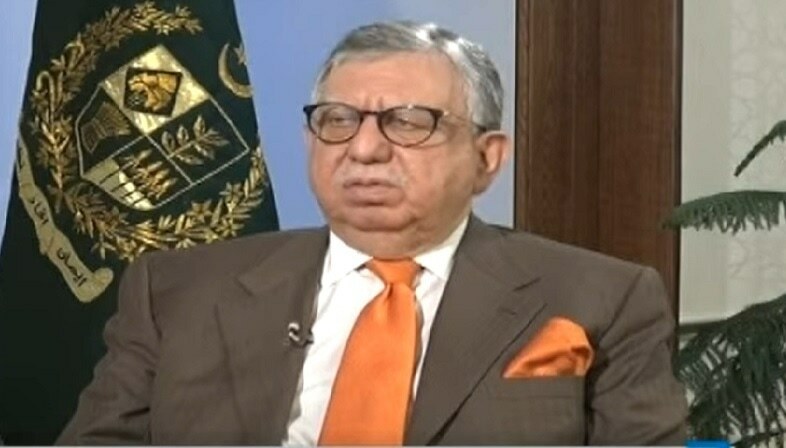 Adviser to the Prime Minister on Finance and Revenue Shaukat Tarin has stressed the need to stabilize the exchange rate to contain inflation.

“The volatility in the exchange rate has increased inflation and the government is trying to reduce its burden on the low-income group,” radio pakistan Tarin is quoted as saying during an interview in same tv The show ‘Nadeem Malik Live’ on Tuesday.

He said the government needed to maintain the rate close to the “real effective exchange rate”. He said that the falling exchange rate has had a huge impact on inflation.

Track and trace system to widen the tax net

financial advisor said track and trace system The Federal Board of Revenue (FBR)’s (TTS) would be implemented in various sectors to broaden the tax net, technology was being added for this purpose.

Prime Minister Imran Khan on Tuesday inaugurated the TTS which was aimed at helping the government reduce tax evasion and crack down on illegal trade in various sectors.

In the first phase, TTS has been implemented to monitor the movement of sugar from factories to prevent tax evasion in the sugar industry. Sugar industry has emerged as the second sector to come under electronic surveillance system after cigarettes. FBR is planning to bring the Beverage, Cement, Fertilizer, Iron and Petroleum sectors under this system.

Responding to a question about the hike in electricity rates, Tarin acknowledged that the International Monetary Fund (IMF) had demanded a change in the tariff rate from the government.

However, he added that any hike in power tariff by the government would be less than the IMF’s demand.

Responding to another question about tax collection targets, he said the real wealth of the people would be assessed so that actual tax could be levied on them.

The Advisor said that the net international reserves of SBP showed that there was equilibration on a net basis. “It also shows that your forex reserves are not depleting,” he said.

He stressed that the government wants to provide relief to the urban middle class, which has been badly hit by inflation.

The Finance Adviser explained that the core inflation rate in the country is still at 7.15 per cent. He said the pressure on the current account deficit is allowing people to “psychologically convert goods into dollars, so an increase in the discount rate could stop that process”.

Responding to a question about grants from Saudi Arabia, he said there were certain legal clauses in the draft KSA agreement, which were reviewed by the Law Ministry and the matter was almost settled.