Prince Charles arrives in Kigali for his first royal visit to Rwanda ahead of the Commonwealth meeting, where he will represent the Queen

Prince Charles became the first member of the royal family to set foot on Rwandan soil as he and Camilla landed in Kigali last night.

Charles is representing the Queen at the Commonwealth Heads of Government meeting for the first time since he inherited his position as head of the global ‘family of nations’ in 2018.

But the prince also faced a potentially awkward meeting with Boris Johnson after the revelation earlier this month that he had privately described the prime minister’s Rwanda asylum plan as ‘horrendous’.

Clarence House has declined to comment on ‘presumed anonymous private conversations’, except that Charles remains politically neutral and ‘matters of policy are the decision for the government’. Meetings are planned for the end of the week in which the prince and the prime minister will be present.

The Prince and the Duchess of Cornwall arrived in the Rwanda capital aboard ministerial jet RAF Voyager.

Charles will hold several meetings to ‘continue to listen and learn’ about key issues facing Commonwealth countries, in particular climate change, economic development, youth and opportunities for gender equality. Today he will mark the 1994 genocide of Rwanda.

Charles and Camilla photographed as they disembark from the ministerial jet RAF Voyager, touching down in Kigali, Rwanda, for their visit to the country and to attend the Commonwealth Heads of Government meeting. 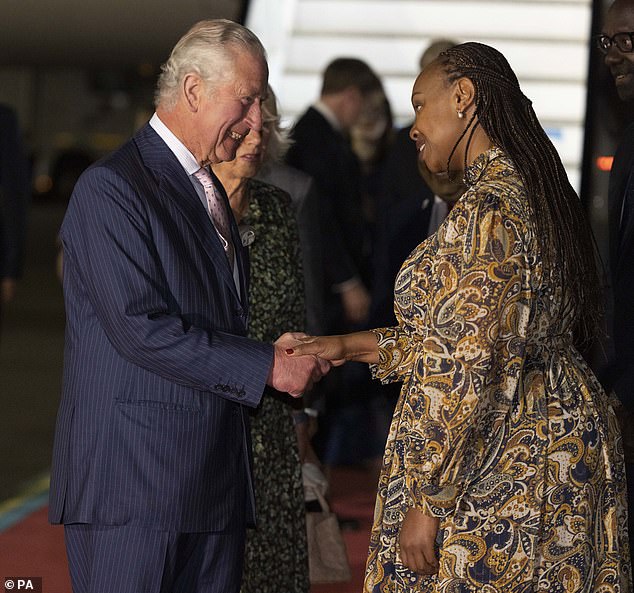 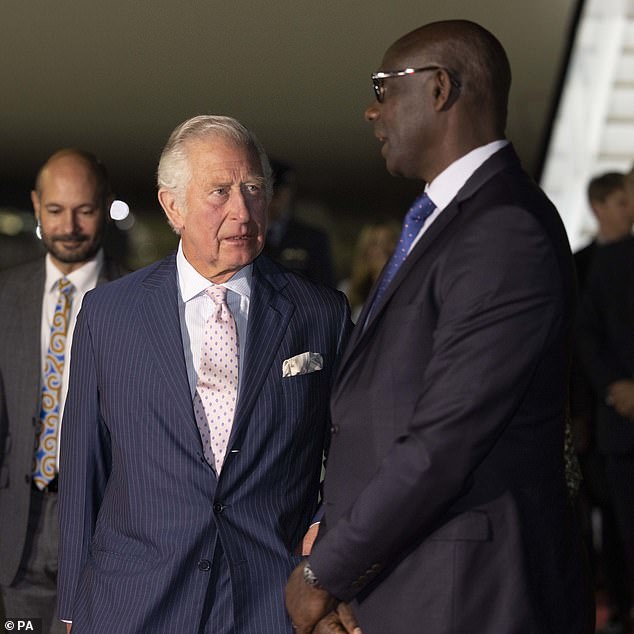 He also spoke with Rwanda’s ambassador to Britain, Johnston Busingye, as he was received by dignitaries.

Ahead of CHOGM, Charles lauded the Commonwealth’s ability to drive change on issues such as climate change or providing opportunities for young people.

He added: ‘Taking shared responsibility for solving such problems means that the Commonwealth has the potential to make a profound difference in the lives of its citizens – and in doing so, to become a unique force for good in our world. There is capacity.’

The future king will wrap up his full-day engagements on Wednesday, when he meets with survivors and perpetrators of the Rwandan genocide.

In 1994, hundreds of thousands of members of the Tutsi community were murdered by ethnic Hutu extremists in Rwanda.

The issue of massacre and reconciliation is said to be very close to Charles’ heart and he will visit the village that was targeted.

The visit will be the first royal visit to Rwanda – one of the minority countries in the world that the Queen has not visited.

His son has been encouraged by former Rwandan footballer Eric Murangwa to visit a church outside the capital where the remains of thousands of genocide victims are buried. 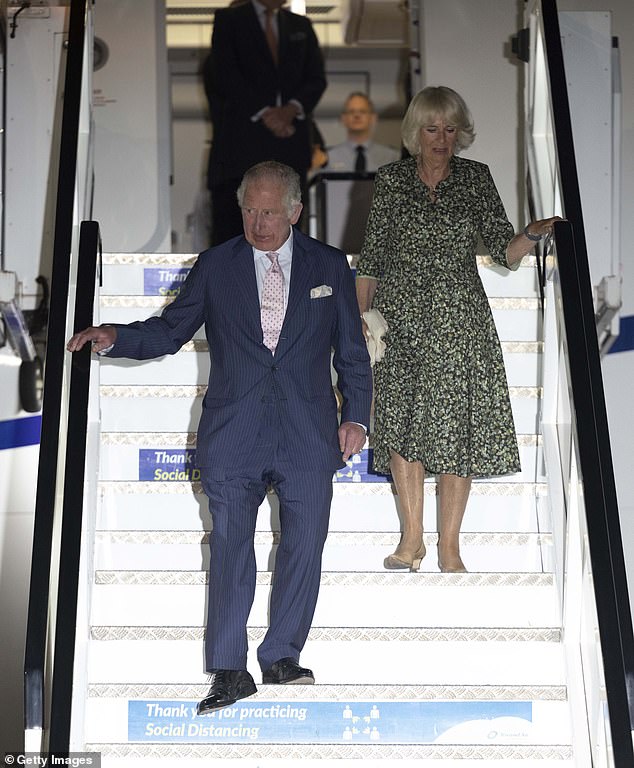 Days after his arrival, The Mail revealed that he had privately condemned the UK’s Rwandan asylum scheme

Mr Murangwa was sheltered from the killings by teammates, and Charles made him an MBE in recognition of his efforts to raise awareness of the genocide against the Tutsi. He is the founder of the organization Football for Hope, Peace and Unity.

In April, Mr. Murangwa was invited to see that the prince planted a tree at Dumfries House in memory of the massacre victims.

The CHOGM will take place in Kigali after its postponement in 2020 and 2021 due to the Kovid crisis.

Charles last represented the Queen at an event in Sri Lanka in 2013 – a move that has been interpreted as a preparation for her future role as monarch – and in 2018 she was crowned head of the Commonwealth. designated successor was appointed.

The event, which usually takes place in a different country every two years, brings together leaders from 54 Commonwealth countries.

Crop growth this year in Saskatchewan has been slow and varies by region as some areas are too dry and others too wet. according to Latest Provincial Crop Report For…