A Liberal MP and former Army soldier has reprimanded Greens leader Adam Bandt for refusing to stand with the Australian flag.

Phil Thompson, who survived the bomb exploded a meter in front of him AfghanistanCalled the Greens leader a ‘national disgrace’.

He said his wife Jenna, who is a tribal, was ‘disgusted’ after Mr Bandt’s staff removed the flag from behind their leader before a press conference. Sydney on Monday.

Phil Thompson (pictured with wife Jenna and one of their two daughters) described the Greens leader as a ‘national disgrace’.

Mr Thompson said his wife Jenna, who is Aboriginal, was ‘disgusted’ after Mr Bandt’s staff removed the flag from behind him ahead of a press conference in Sydney on Monday.

Mr Bandt refused to come up with the flag because it reminded some Indigenous Australians of colonization.

Mr Thompson, shadow assistant defense minister and Herbert’s MP in North Queensland, wrote on Twitter: ‘My wife is a proud Aboriginal woman and despises Green’s media stunt leader and his rhetoric of division.

‘I take the importance of the ANF very seriously, I fought under it, my brother who died in action, had our flag draped over his coffin.’

Later speaking to Sky News, he accused Mr Bandt of trying to ‘divide the nation’.

“We should always recognize and accept the past, but the way we move forward as a nation is to move together,” he said.

A member of Mr Bandt’s staff is seen removing the flag from behind the podium in front of the presser at the Commonwealth Parliamentary Offices. Sydney on Monday. 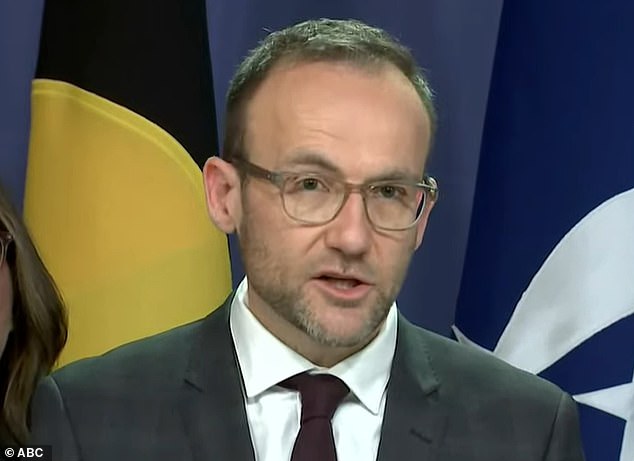 Greens leader Adam Bandt (pictured in front of the Aboriginal flag and the Torres Strait Island flag today) has caused a stir by refusing to stand alongside the Australian national flag at a press conference. 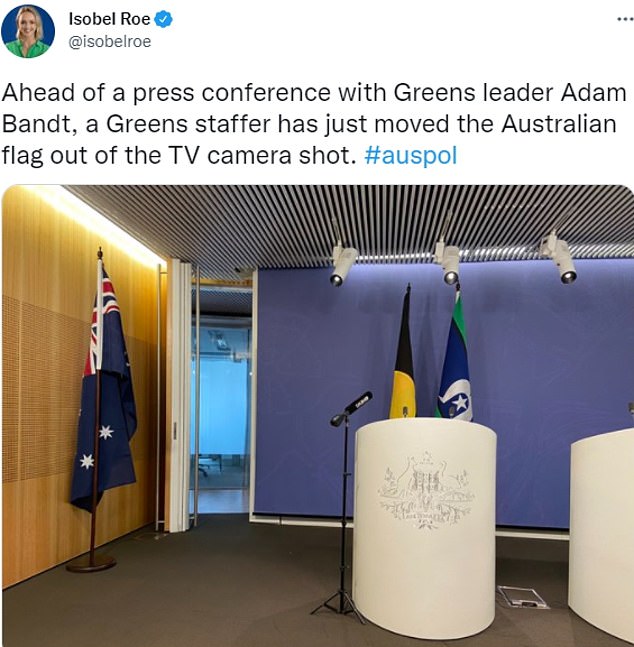 This move meant that only the Aboriginal flag and the Torres Strait Island flag could be seen behind them when talking to the cameras.

Mr Bandt told Daily Mail Australia that the nation’s flag reminds some of the colonization of Australia.

The flag, which was first flown after the Union in 1901, has the Union Jack in the upper left corner which acknowledges the history of the British colony.

“For many Australians, this flag reflects the pain of eviction and colonialism,” Mr Bandt said.

‘By moving into a people and a republic, through treaties with the First Nations, we can have a flag that represents all of us.’

A review of Mr. Bandt’s previous TV interviews shows that he always has Aboriginal and Torres Strait Islander flags in the background, but never the nation’s flag. 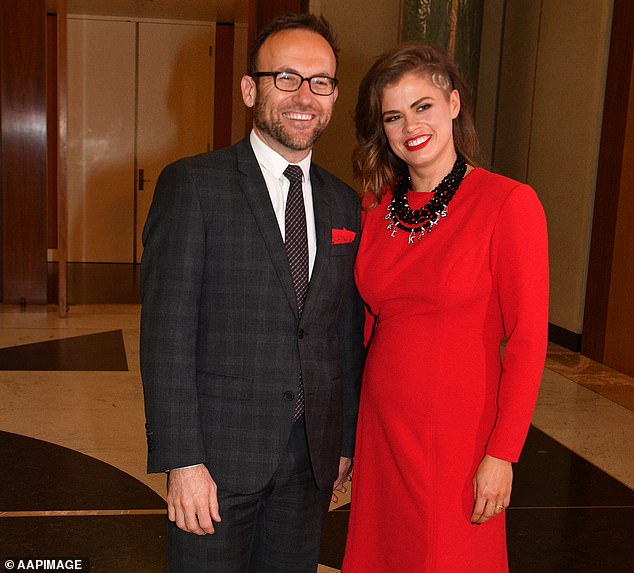