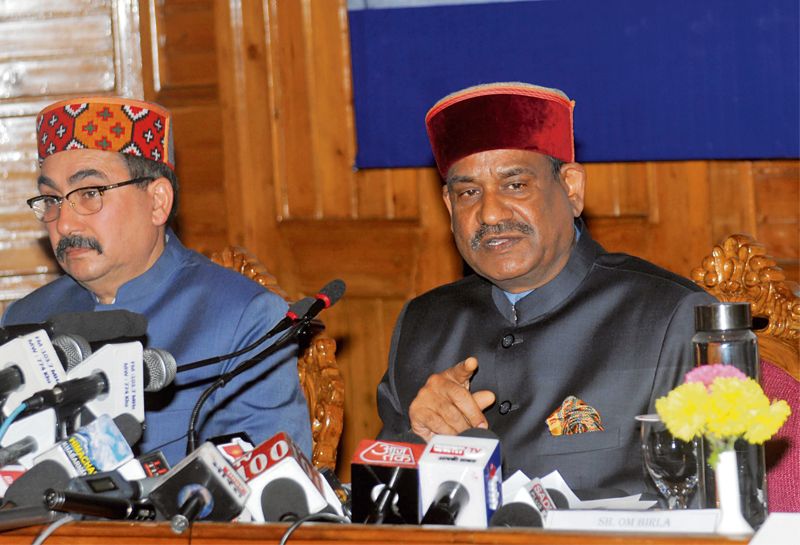 Lok Sabha Speaker Om Birla today said a consensus could not be reached among the Speakers of 36 Legislative Assemblies and Legislative Councils on making suitable changes in the Anti-Defection Act during the 82nd All India Presiding Officers’ Conference.

Birla, who presided over the three-day conference that concluded today, admitted, “Though the CP Joshi committee report on the anti-defection law was submitted, there was no consensus on the issue.”

He said that further talks would be held on this issue.

“A resolution has been passed in the conference which states that there should be no interference during Question Hour in the President’s or Governor’s address, budget presentations and assemblies,” the Speaker said.

He said that the presidents and vice-presidents have been requested to take up the matter with the political parties of their states to seek consensus on the issue.

Sharing the recommendations of the conference, Birla said that a resolution was also adopted, urging all legislatures across the country to explore the possibility of introducing Zero Hour. “With the provision of zero hour, the members will get an opportunity to raise public issues related to their constituencies,” he said.

The issue will have to be deliberated upon by representatives of all political parties in each state to reach a consensus. Agreeing that the Speaker should remain neutral and refrain from political activities, Birla said: “We all should respect this tradition because only then people will have faith in the legislatures and democracy will be strengthened.”

Resolution passed in the conclave