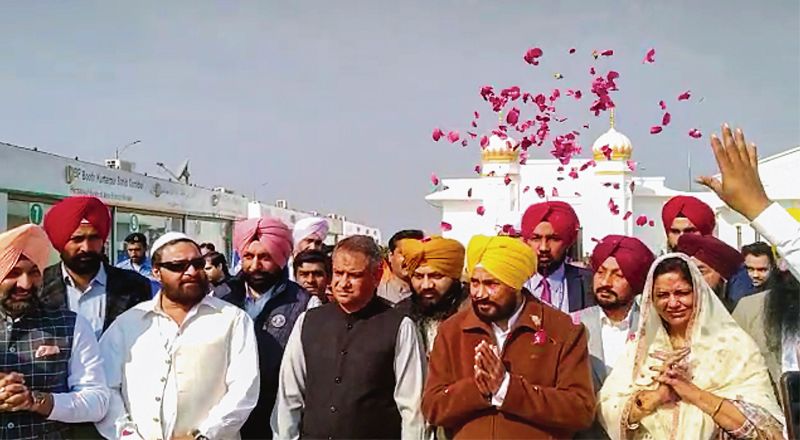 Punjab CM Charanjit Singh Channi led an official delegation to the Kartarpur Sahib Gurdwara in Pakistan on Thursday. He was accompanied by his family members and some cabinet colleagues and MLAs. Punjab Pradesh Congress Committee (PPCC) chief Navjot Sidhu, who played a key role in the inauguration of the Kartarpur Corridor in November 2018, was not part of the delegation.

Late on Wednesday, Sidhu was informed that his name was in the third list of VIPs who visited the temple on November 20, a day after the Guruparv. When contacted, his media advisor Jagtar Sidhu said that the form was filled in time to get the permission. “That the PPCC chief was not included in the official delegation earlier is a matter between the Center and the Punjab government. Only they can give reasons,” he said.

The Chief Minister’s Office said later in the day that a list of 50 VIPs, including Sidhu, PPCC working presidents and senior MLAs, was sent to the Ministry of Home Affairs (MHA) on the evening of November 16. Citing security concerns, the Center refused to allow all VIPs to visit Kartarpur Sahib on the same day, dividing the VIPs into three groups. Sidhu will visit Sultanpur Lodhi for the Gurparv function.