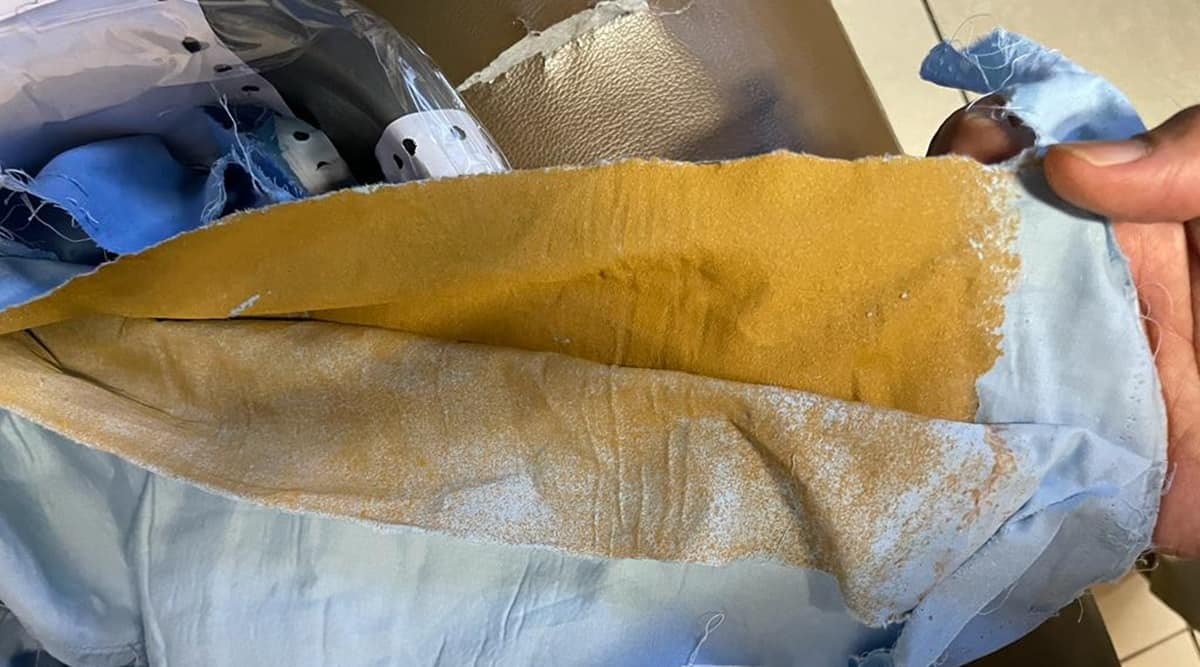 Sources said the Air Intelligence Unit (AIU) of Mumbai Customs has seized around 2 kg of gold from an Ethiad Airways flight, which landed in Mumbai from Abu Dhabi today. Indian Express. Sources said the gold smuggled in as wet dust was hidden under the seat of the aircraft instead of a safety jacket. The total value of the seized gold is around Rs 90 lakh.

One passenger has been arrested in connection with the incident.

“The passenger was examined and his personal search resulted in the recovery of gold hidden in the pants of his jeans. Gold was glued on the inside of the two layers of the pants. The authorities have successfully overcome this methodology due to exchange of information between different airport intelligence units,” said an official.

According to sources, gold dust was left under the seat for the sweepers to collect and bring out of the plane. Sources said the AIU is probing the role of some airport employees in the case.

In a separate incident, AIU arrested a passenger who arrived from Sharjah on October 24 for allegedly smuggling 566 grams of gold pieces disguised as nuts and bolts of two skateboards and the foot of a manual air pump.