The mother of a New York spring breaker, whose body was found after 13 years in Myrtle Beach, said she’s happy her daughter’s killer is behind bars.

Dawn Plecan, 49, of Rochester, said she’s ‘glad [Raymond Moody’s] behind bars so that he can’t hurt anyone else’s child.’

Moody, 62, a registered sex offender, was charged with the kidnapping, rape and murder of Brittanee Drexel, 17, on Monday. The South Carolina convict has an ‘extensive sexual criminal history,’ Georgetown Sheriff Carter Weaver said.

He is currently being held without bail at the Georgetown County Jail.

‘She had her whole life ahead of her and this monster took it away from her,’ her mother told Good Morning America (GMA) in an exclusive interview.

Drexel was last seen in April 2009 when she was walking between hotels in Myrtle Beach. Her boyfriend, who stayed home in Rochester, New York, became concerned when she stopped answering his texts.

Drexel was kidnapped that night by Moody, who raped and strangled her to death before burying her body the next day in the woods, authorities confirmed at a press conference on Monday.

Her body was found just 2.5miles away from the motel where the sex offender lived on May 11. Dental records backed and DNA testing confirmed her identity.

Drexel’s family has already cremated her body and are returning to New York with her ashes today.

Dawn Plecan, 49, said she’s ‘glad [Raymond Moody’s] behind bars so that he can’t hurt anyone else’s child,’ after her daughter’s body was found over a decade later 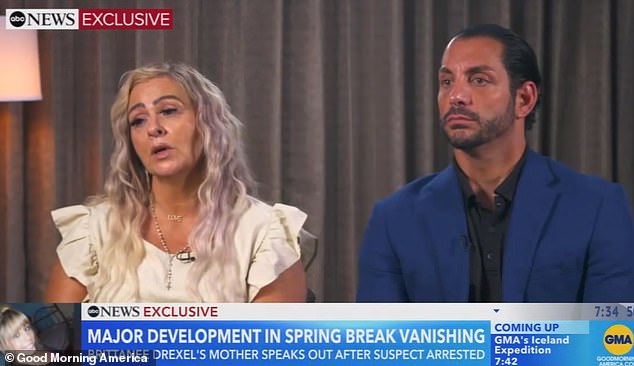 ‘I’ve been waiting for this day for 13 years, ever since the day Brittanee disappeared,’ Pleckan said on GMA on Wednesday. She is pictured with her lawyer 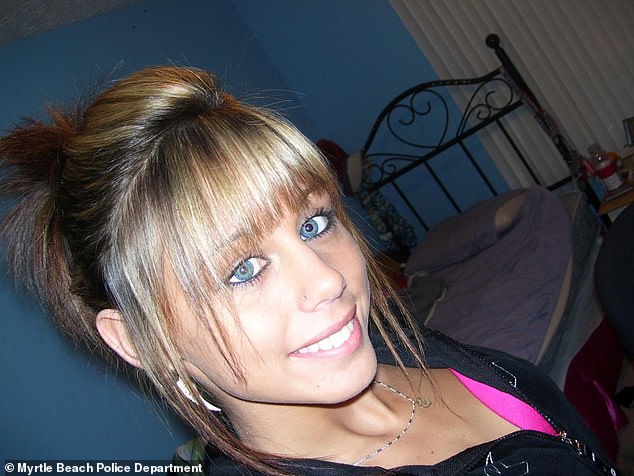 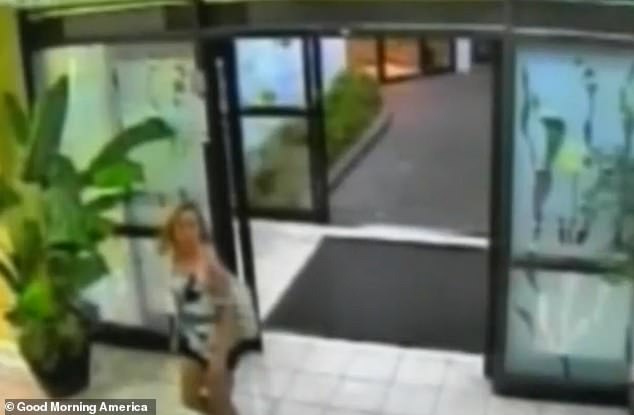 Drexel (pictured in 2009) was last seen on hotel surveillance footage, 35 miles away from where her body was found in 2022

‘I’ve been waiting for this day for 13 years, ever since the day Brittanee disappeared,’ Pleckan said on GMA on Wednesday. ‘I never thought we would get to that place and we are finally here and we can get her back.’

The family’s attorney Jarrett Ferentino said ‘this is the case you warn people about.’

‘It is your child walking down the street and being snatched up by someone with malevolent homicidal proclivities. That’s exactly what this case was and the investigators told us that much,’ he told GMA. ‘Raymond Moody had no prior connection to Brittanee Drexel.’

At a Monday press conference, Pleckan said: ‘This is truly a mother’s worst nightmare, I am mourning my beautiful daughter, Brittanee, as I have been for 13 years but today it’s bittersweet,’ Pleckan said. ‘We are much closer to the closure and the peace that we have been desperately hoping for.’

She added: ‘Today marks the beginning of a new chapter, the search for Brittanee is now a pursuit of Brittanee’s justice.’ 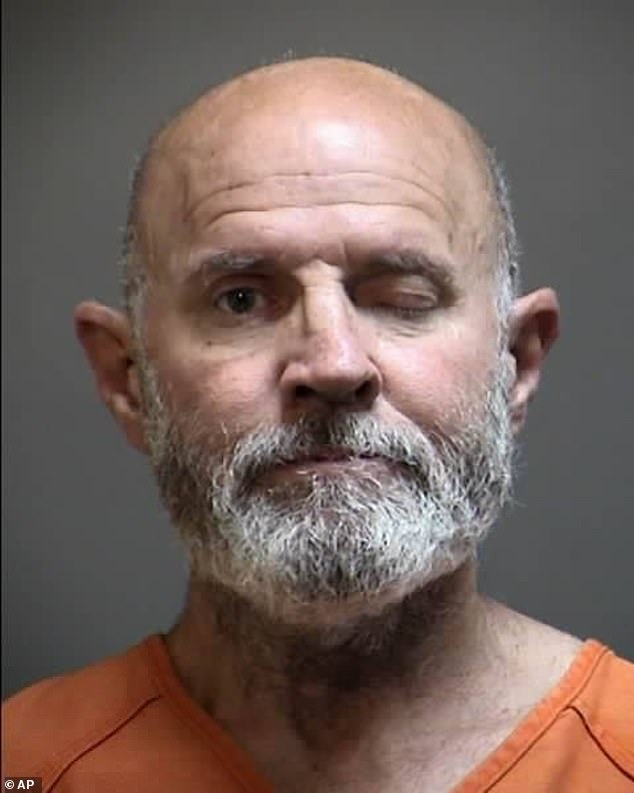 Moody (pictured) has an extensive history of sexual crimes, police have said. He was an original suspect back in 2009, but authorities did not have enough evidence to charge him until now

Her father, Chad Drexel, said on Monday: ‘Weighing this all out is tough on a dad, tough on a mother, but having faith and hope is what’s going to guide us through the end result because they still have work to do.’

Pleckan also revealed on Wednesday that she didn’t want her daughter to go to the spring break hotspot over a decade ago, saying she knew something would happen to her.

‘She asked me and I told her no and she asked me why and I said because I don’t know the kids you are going with, and there’s no parental supervision, and something is going to happen,’ she said on Wednesday.

Drexel was last seen in late April on a hotel surveillance footage, 35 miles away from where her body would eventually be found. Moody was named a suspect early on in the 2009 investigations, but at the time, the authorities didn’t have enough evidence to charge the sex offender with a crime.

In June 2016, police announced Drexel death as a homicide, despite taking another six years to find her remains. 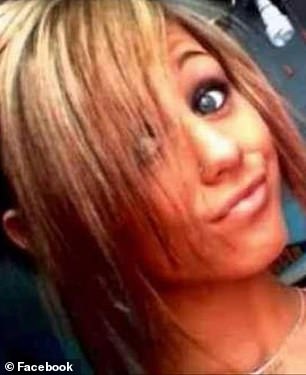 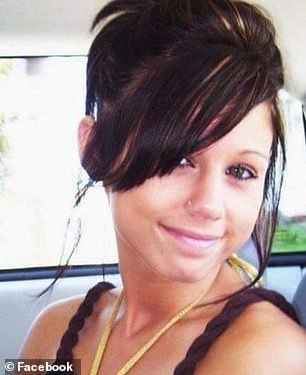 Over the past 13 years, rumors about Drexel’s disappearance have made national headlines and multiple searches were conducted throughout South Carolina in hopes of finding the teen.

In August 2016, an FBI agent gave the first detailed account of what authorities believe happened to her, based on an account from an imprisoned man who said he saw Drexel’s horrific last moments and made a jailhouse confession, according to the Post and Courier.

Taquan Brown of Walterboro, told agents in 2016 that he entered a ‘stash house’ in the days after Drexel’s abduction and saw a 16-year-old boy criminal ‘sexually abusing’ her.

Brown said he then went outside to give the boy’s father some money and saw Drexel run from the house, but she was caught and ‘pistol-whipped.’

The inmate said she was then dragged back into the house, and Brown said he heard two gunshots and later saw the girl’s body wrapped up and taken away.

Police had previously said they believed that the high school student was held for at least three days against her will near McClellanville, as that is where they traced signals from her cell phone after her disappearance.

Several witnesses, at the time, claimed the teen’s body had been thrown in an ‘alligator pit’ and ‘eaten by the gators.’

None of these accounts were proven accurate.

After the force wrote to the chiefs of all Central Armed Police Forces (CAPFs) in this regard, 237 personnel from CISF, BSF and SSB have been selected for three-year deputation…

Death toll from massive landslides in India rises to 37. Hui