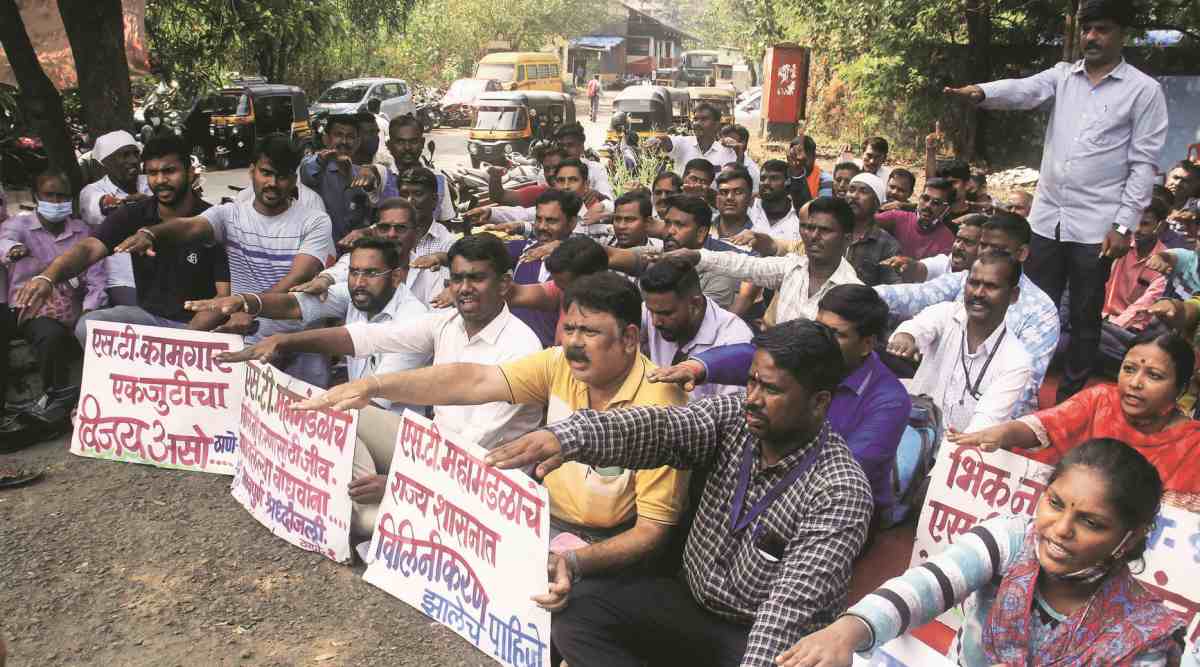 A day after the state government announced wage hike for employees of the Maharashtra State Road Transport Corporation (MSRTC) to end the nearly month-long strike, the strike continued on Thursday and almost all depots remained closed.

Transport Minister Anil Parab has now given an ultimatum to the employees to return to work within two days, failing which strict action will be taken by the government.

On Thursday, around 9,705 employees reported to work and by 7 pm, MSRTC managed to run 457 buses and transport 11,188 passengers to and from various depots like Jalgaon, Sangli and Raigad. Buses have started running.

Except 261 buses, all other buses were privately owned and operated by Shivneri and Shivshahi buses.

After the announcement of salary hike BJP MLCs Gopichand Padalkar and Sadabhou Khot, sitting with the workers who have been agitating since November 10 at Azad Maidan in south Mumbai, on Thursday morning announced the withdrawal of the strike at their level, claiming that it was the victory of the striking workers and it was the last time since the strike. Temporary return. The government has taken two steps forward by increasing the salary.

Both called it a temporary withdrawal and said that if needed in future, they will start the strike again for the merger of MSRTC.

“We are withdrawing the strike. Now it is up to the employees whether they want to continue the strike or not. We were saying from the very beginning that this is not our strike but the workers’ strike in which we only supported and participated. We are still with the workers and we will come again with them whenever the need arises,” Padalkar said.

Meanwhile, the presidents of Sangharsh ST Union and State Kanishka Salary Category ST Kamgar Sangathan interacted with the workers at Azad Maidan. Many ST employees are suspended in the state and corporation officials are saying that they will not get the same salary for November. As a result, both organizations said they would not back down and would insist on a strike.

Ajay Kumar Gujar, president of State Kanishka Salary Category ST Kamgar Sangathan, said that the strike would continue. “Let me once again clarify that this fight is of workers and not organized by any political party. There is no power of any political party in this. Political parties are supporting the demands of ST workers as they believe it to be right.