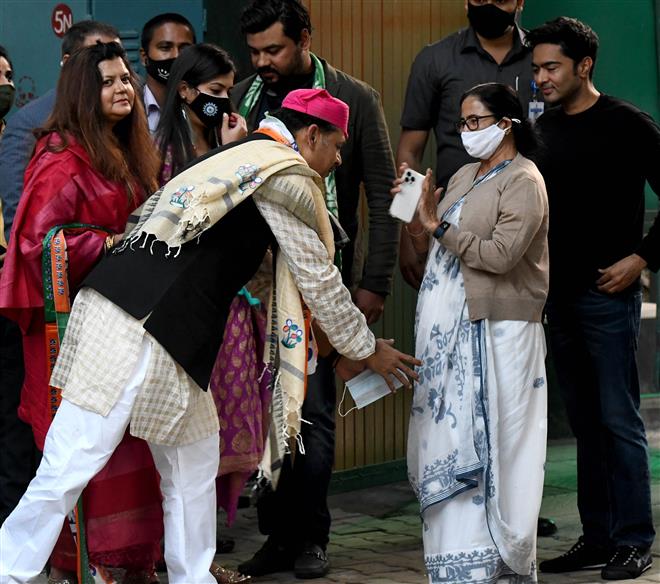 Announcing that Tanwar is being handed over the responsibility of Haryana, she said that she hopes that he will invite her to the state soon. Banerjee said Tanwar would also be sent to Goa.

Tanwar had quit the Congress in October 2019, ahead of the state assembly elections. After this he joined hands with Dushyant Chautala for the election.

Kirti Azad, son of veteran Congressman and former Bihar CM late Bhagwat Jha Azad, was a member of India’s 1983 World Cup winning team. He had come to meet Banerjee along with his wife and children.

Azad said, ‘I am happy to shake hands with Didi. The country needs a leader like him.” Azad won the Lok Sabha elections from Bihar’s Darbhanga thrice on a BJP ticket. He has been slammed by the BJP for openly targeting the then Union Finance Minister Arun Jaitley over alleged irregularities and corruption in the Delhi Cricket Association. He unsuccessfully contested the 2019 Lok Sabha elections from Dhanbad on a Congress ticket.