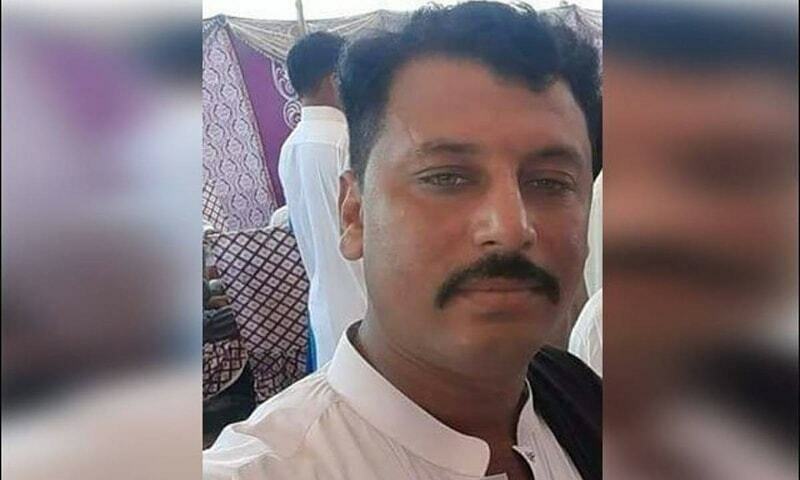 Police investigators probing the brutal murder of Nazimuddin Jokhio at PPP MPA’s farmhouse in Karachi’s Malir area on Sunday claimed to have made significant progress in the case and said the victim’s mobile phone and clothes were found in a dry well near the MLA’s residence. were recovered from.

Meanwhile, Nazim’s family expressed dissatisfaction over the performance of the probe body and demanded the formation and protection of a Joint Investigation Team (JIT), alleging that the suspects were serious enough to pressure them to withdraw and enter the case. were threatening of dire consequences. a compromise”.

The family also urged police officers to treat the killing as a terrorist act because, they said, the “influential persons (Vadera)” named in the case were intended to create fear and panic among the poor so that no one could challenge . their power.

Nazim was found tortured to death PPP MPA Jam on November 3 at the farmhouse of Avais. The victim’s family accused the MPA and his accomplices of torturing the MP at Achar Salar village of Nazim in Malir district for protesting against the Hubara bustard poaching by Arab guests.

A senior police officer said on condition of anonymity dawn That the guards of MPA Awais, who are among the arrested suspects, revealed that they had thrown Nazim’s cell phone and clothes into a well near Jam House – Awais’s farmhouse – in Memon Goth, Malir. At this signal, investigators recovered “some pieces” of mobile phones and clothes from the well, which were burnt. According to the official, it was a dry well where the garbage was being dumped.

The cell phone will be sent to a forensic lab in Lahore for analysis. Police termed the recovery as a significant incident as it may help in identifying those who allegedly threatened the victim after making videos of poachers on the outskirts of Karachi and uploading them on social media.

The official said it is possible that the suspects set the garbage on fire to destroy the evidence.

The police will now also invoke the relevant section of the law against suspects accused of destruction of evidence. The official said the call data records already obtained by investigators had confirmed the presence of MPA Avais and his elder brother MNA Jam Karim Jokhio, who Safe Pre-arrest bail, at the crime scene.

The police officer further said that the complainant, deceased Nazim’s brother Afzal Jokhio was his “star witness” as he was allegedly with Nazim when he was brought to Jam House on the intervening night of November 2 to November 3. Besides this, the family has also provided one more witness in the case, he said.

In another development, complainant Afzal called for setting up of a JIT and expressed dissatisfaction over the performance of the team constituted by the Eastern DIG to probe the matter.

In a letter to the Inspector General of Sindh, viewed by don.comAfzal said he was “not satisfied” with the JIT set up by the Eastern DIG on November 4 and that no “proper investigation” had been conducted so far of the primary suspect – MPA Avais – as the investigating officer. Besides, he said, clothes, slippers, mobile phones and the victim’s purse, which were allegedly in the possession of MPA Avas, were not recovered.

The complainant also believed that the present JIT was treating Avais as an MPA (rather than a suspect) and appeared to be a “special guest” to the investigators.

Afzal further said that the police has not involved any foreigner in the case nor has any investigation been done in relation to foreign guests of the residence. He added that the police had also made no effort to arrest MNA Jam Karim or to recover vehicles used by foreigners, the vehicle used to “hijack” Nazim, by suspect Salim Salar after proceeding with him. The vehicle used for (Afzal) Jam House and other evidence related to the murder.

They also demanded that Section 7 of the Anti-Terrorism Act, 1997 be included in the FIR, apart from other relevant sections of the Pakistan Penal Code as “this act of murder was done with the intention of creating terror among the poor. Can’t challenge their (suspects) atrocities and wrongdoings in future.”

The complainant urged the provincial police chief to constitute a JIT which would also include representatives of other law-enforcement agencies.

Afzal also said in his letter that he was receiving “serious threats of dire consequences” from the suspects to pressure them to “withdraw the case and settle”, and himself as well as other witnesses and lawyers. demanded security. ,

Meanwhile, a senior member of the police investigation told don.com On condition of anonymity, the city police had already provided a police guard to the victim’s family. He said that the eight-member police JIT, including three SSPs, visited the victim’s house near Ghaghar gate and recorded the statement of the family. He said that the investigating officer also visited his house three or four times.

With regard to the involvement of foreigners in the case, the official said that it has not been established that foreigners were present during the hunting session. He said the police had reports that an ‘advance party’ for foreign guests had gone to the area at the time of the incident. Furthermore, it was not within the jurisdiction of the police to investigate alleged foreigners.

The officer insisted, “The murder case was confined to Jam House in Malir. He recalled that the complainant had initially named five suspects including MPA Avas and four of them were arrested. The prime suspect Jam Avais and three others who allegedly thrashed and killed the youth,” said the official.