World Latest News Headlines Latest News from every corner of the World
Home Asia Indian Army will respond to Dragon: M777 guns will be deployed on...
Facebook
Twitter
Pinterest
WhatsApp 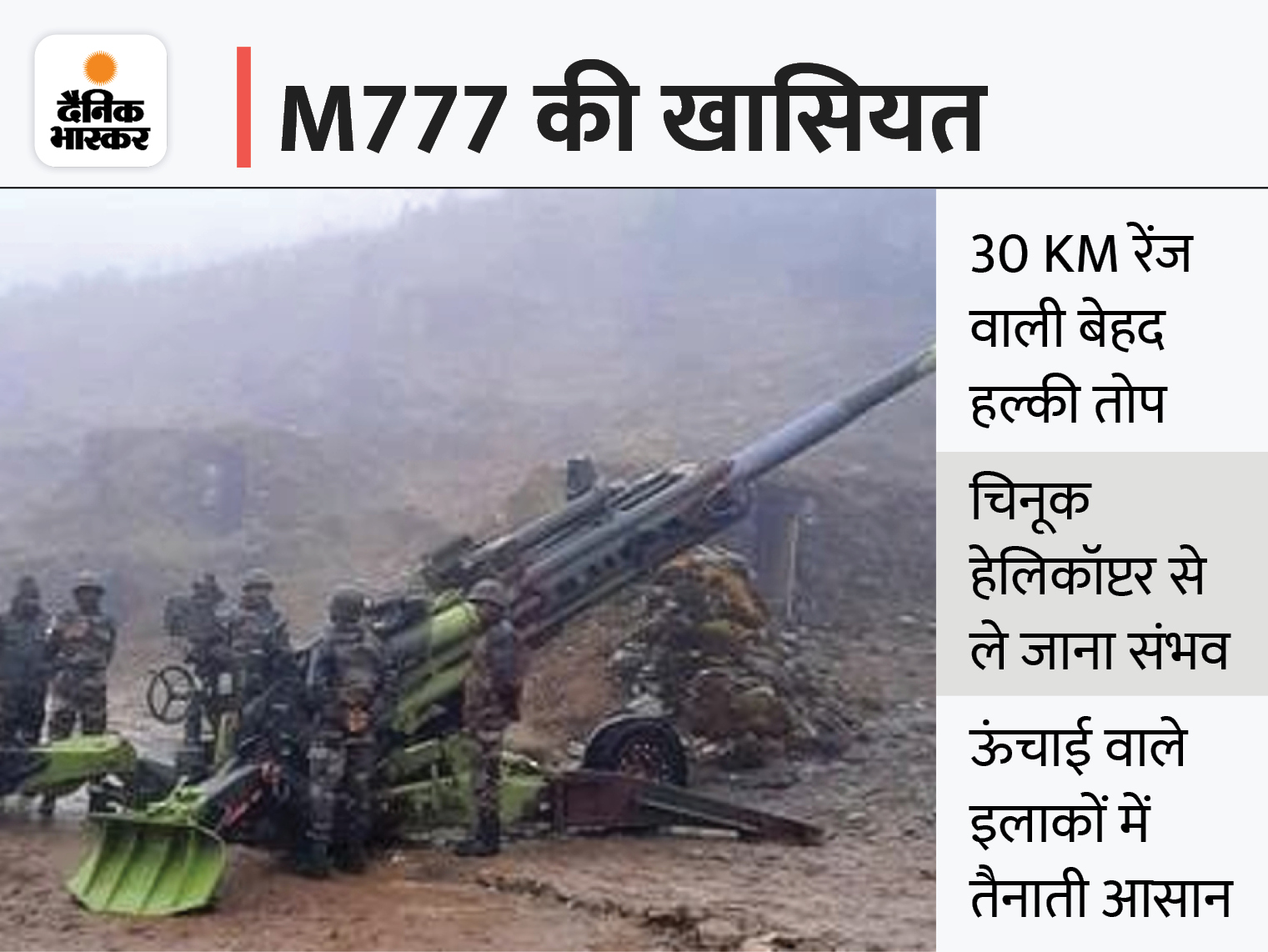 The Indian Army is increasing the number of more M777 ultra-light howitzers guns amid the ongoing border dispute with China in Ladakh. According to a report in Hindustan Times, India had ordered 145 howitzers to the US in November 2016 at a cost of $750 million. The Army will get 56 more M777s by June 2022. So far 89 Howitzers have been delivered. Tension has been going on between India and China for more than 18 months near the LAC in Ladakh. In Arunachal Pradesh too, the Chinese People’s Liberation Army (PLA) has intensified its activities.

BAE Systems, the maker of the M777, has delivered 25 ready-made howitzers and the rest are being manufactured in India with Mahindra Defense as part of the government’s Make in India policy. The range of these guns is up to 30 km. But in good conditions it is capable of attacking to a distance of more than 40 km. Howitzers can be easily moved from one place to another according to the need.

Easy to deploy in high altitude areas
National Security Advisory Board member Lt Gen SL Narasimhan (Retd) said induction of the rest of the M777 would give a big boost to the Army. The weight of the howitzer made of titanium and aluminum is about 4 thousand kg, but Chinook helicopter is capable of taking it to high altitude areas. Brigadier Sanjeev Kumar, the commander of an artillery brigade in Arunachal Pradesh, had earlier said that there are many areas where heavy artillery cannot be deployed. But the M777 can be rapidly deployed by sling-loading it to a Chinook.

FARP. Other weapons to be purchased under
The M777 is an integral part of the Army’s Field Artillery Relationship Plan (FARP), which was approved in 1999. Under the FARP of 50 thousand crores, Netrac has prepared a road map for induction of new 155 mm weapons including Self Propelled Guns. Truck-mounted gun systems, towed artillery pieces and wheeled self-propelled guns.

Apart from the M777, the Army has deployed K9 Vajra-T automatic artillery guns and 155 mm Bofors in the Ladakh sector. Private sector defense company Larsen & Toubro and South Korea’s Hanwha Techwin (HTW) have developed advanced mobile K9 guns in India. These guns were to be deployed in the plains, but the army has made some minor changes to deploy them at altitude. India and China have increased military activities on both sides of the LAC in Ladakh and Arunachal Pradesh. A lot of infrastructure is being created on both sides.

talks with China inconclusive
General Rawat had recently said that lack of confidence and doubts were coming in the way of resolving the border dispute between the two nuclear-armed countries. Last month, the 13th round of talks between the military commanders of India and China ended without any result. No consensus has been reached between the two sides on the issue of withdrawal from the border. Because of this, thousands of soldiers sent to guard the border last year will not return to the base for long.