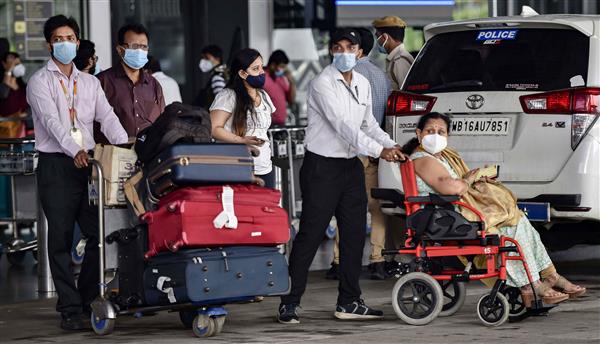 The Delhi High Court on Thursday sought response of the Center and the DGCA on a plea seeking removal of the mandatory online self-declaration form provided under the Air Suvidha App, which passengers have to fill before boarding a flight. Covid-19 negative.

A bench of Chief Justice DN Patel and Jyoti Singh issued notices to the Ministry of Aviation, Directorate General of Civil Aviation (DGCA) and Air India Ltd on a plea that the self-declaration form would have required knowledge of technology and a smartphone. Is. Seat number which many passengers do not have.

The court listed the matter for further hearing on December 23.

The petition by Sumita Kapil, an advocate by profession, has sought a direction to the authorities to remove/cancel the self-declaration form provided under the Air Suvidha App.

The petition, filed through advocate Shan Mohan, cited instances of various passengers who could not board a flight to India from abroad as they were unable to fill up their forms on a smartphone and were prevented from boarding the plane despite having a ticket and negative RTPCR. Earlier they could not submit them online. test reports.

After this, the passengers had to fill the form from the travel agent and book another flight, due to which they suffered huge losses.

“Self-declaration form has to be given declaring that the passenger is corona negative which is evident in the RTPCR test report which has to be submitted before check-in at airports and also having passport number on that report, then Why a form photographs of passport and COVID test report should be submitted over the counter and submitted online, when physical copies can very well be tracked and posted to the concerned authorities,” the petition said. has gone.