A little girl who passed away from cancer recorded a touching secret video message for her future sibling — two years before she was even diagnosed with the disease that claimed her life. Destiny Riekeberg (pictured), from Alabama, passed away on September 17, 2020, at the age of nine, after an eight-month battle with hepatoblastoma, a rare type of liver cancer. 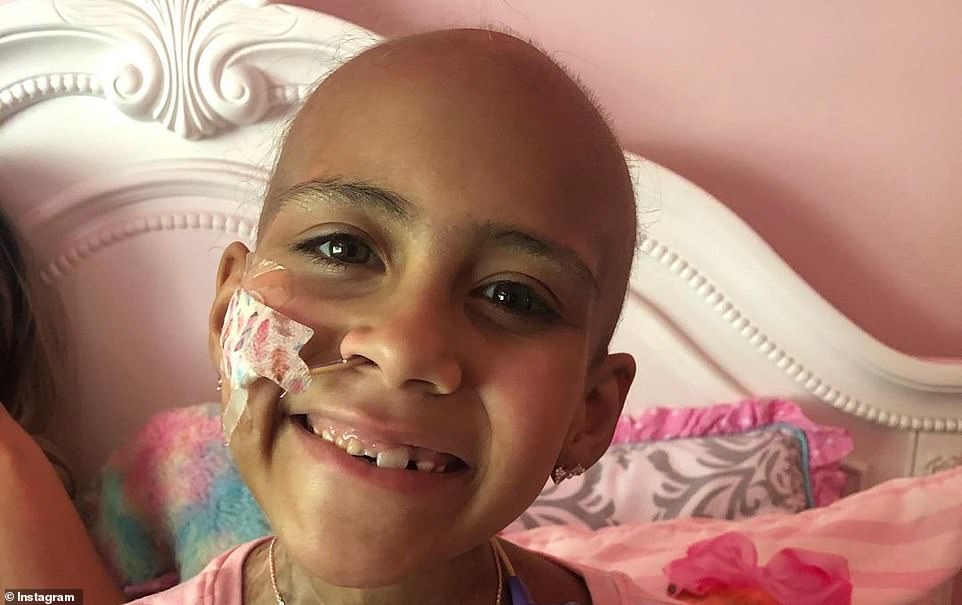 Now, two years after her passing, her parents have been given a special, but heartbreaking, gift after they discovered a video that she filmed for a potential future sibling hidden away on her phone — just weeks after they welcomed a second child. In the sweet clip, Destiny – who was just seven years old at the time – explained that she had a strong feeling that her parents might have another baby one day, so she wanted to record a video message for her future little brother or sister. 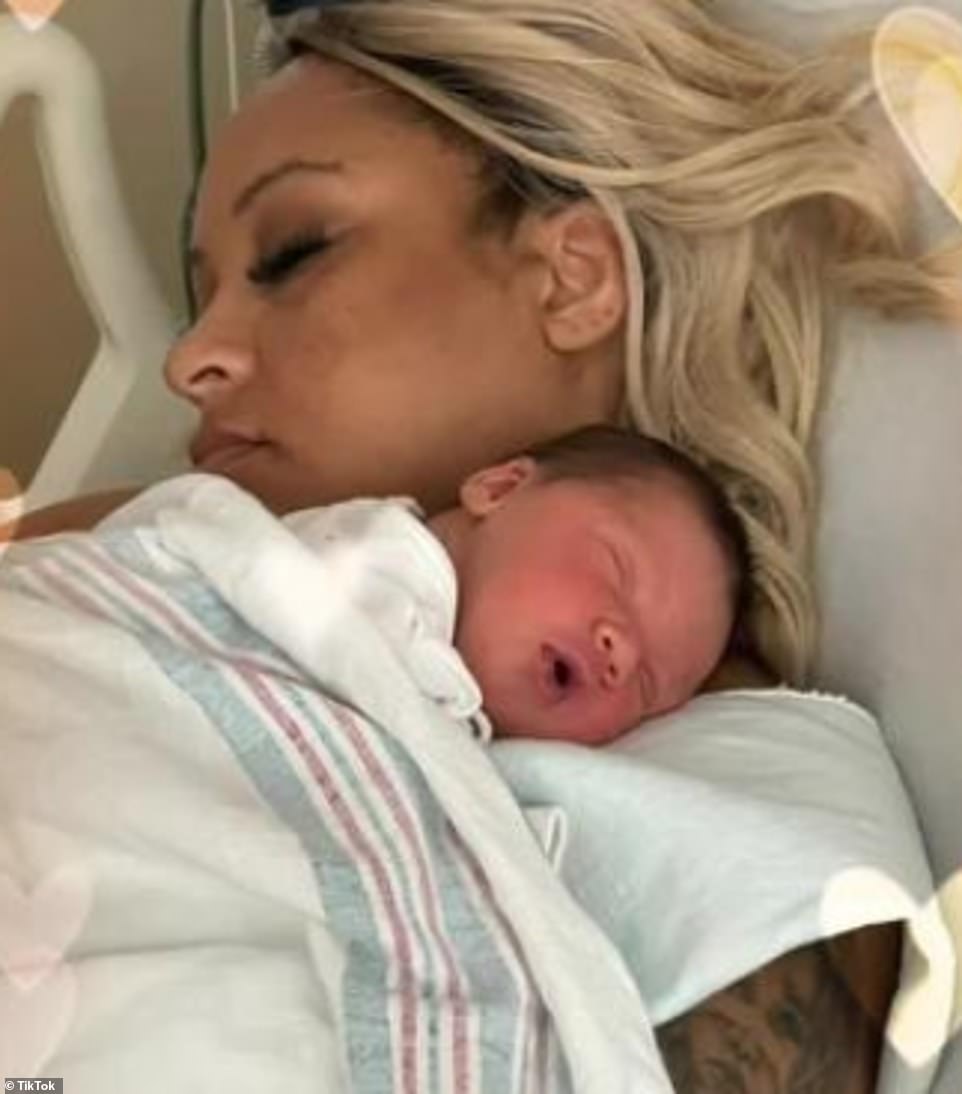 She never told her parents, Lacretia and Dustin, about the recording, but they recently uncovered it on her phone — two years after she sadly died from the disease. To make the video even more special, the discovery came just weeks after they welcomed their second child, a son named Destin Alijah King Riekeberg. 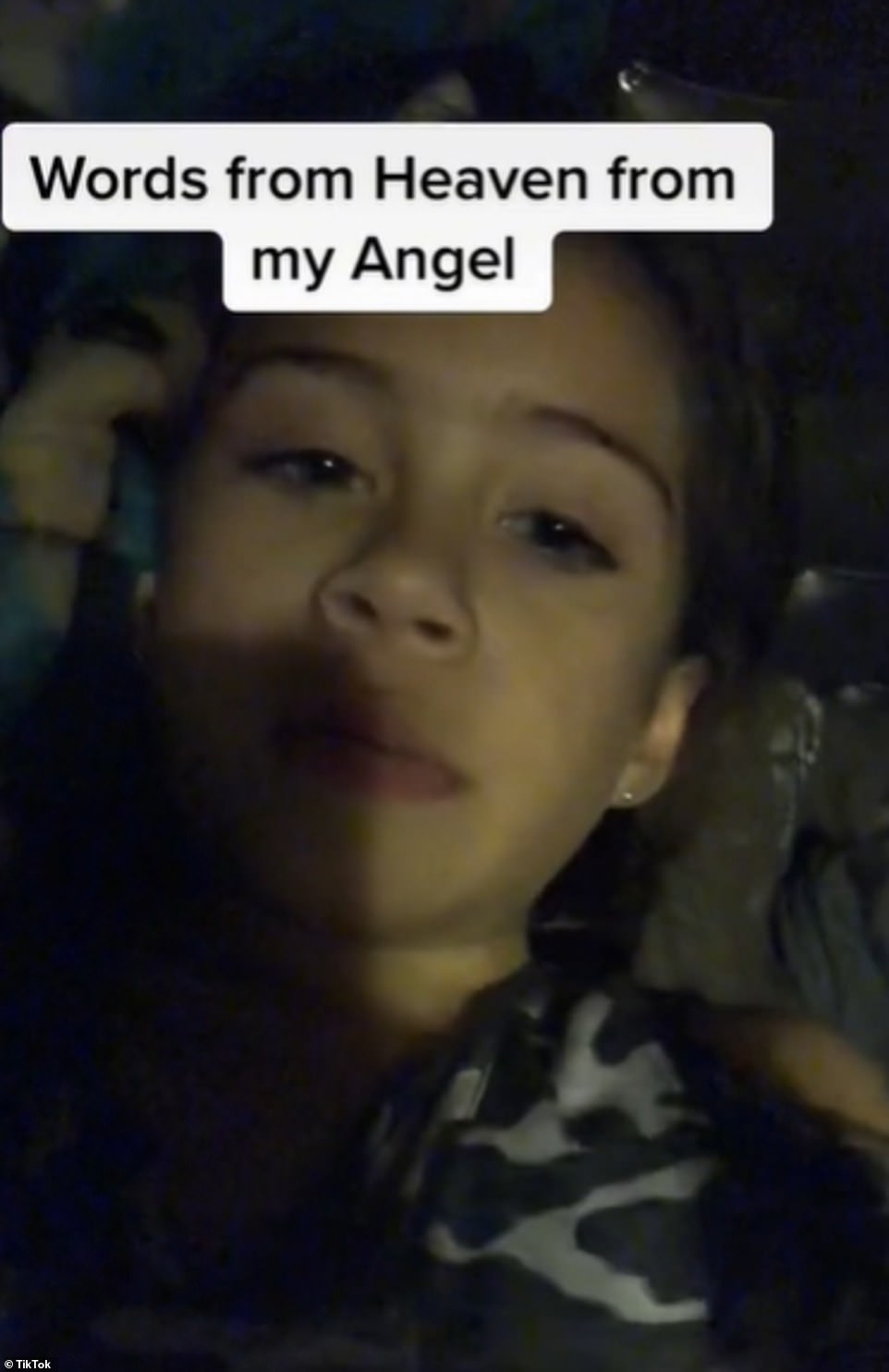 They have now shared the clip to TikTok where it quickly went viral, gaining more than 1.5 million views and leaving many people on the internet emotional. ‘I just want you to know that I love you, and that you’re a great little sister or brother,’ Destiny said in the heartwarming video. ‘I haven’t [met] you yet but I just think you’re gonna be perfect. Perfect for my family.’ 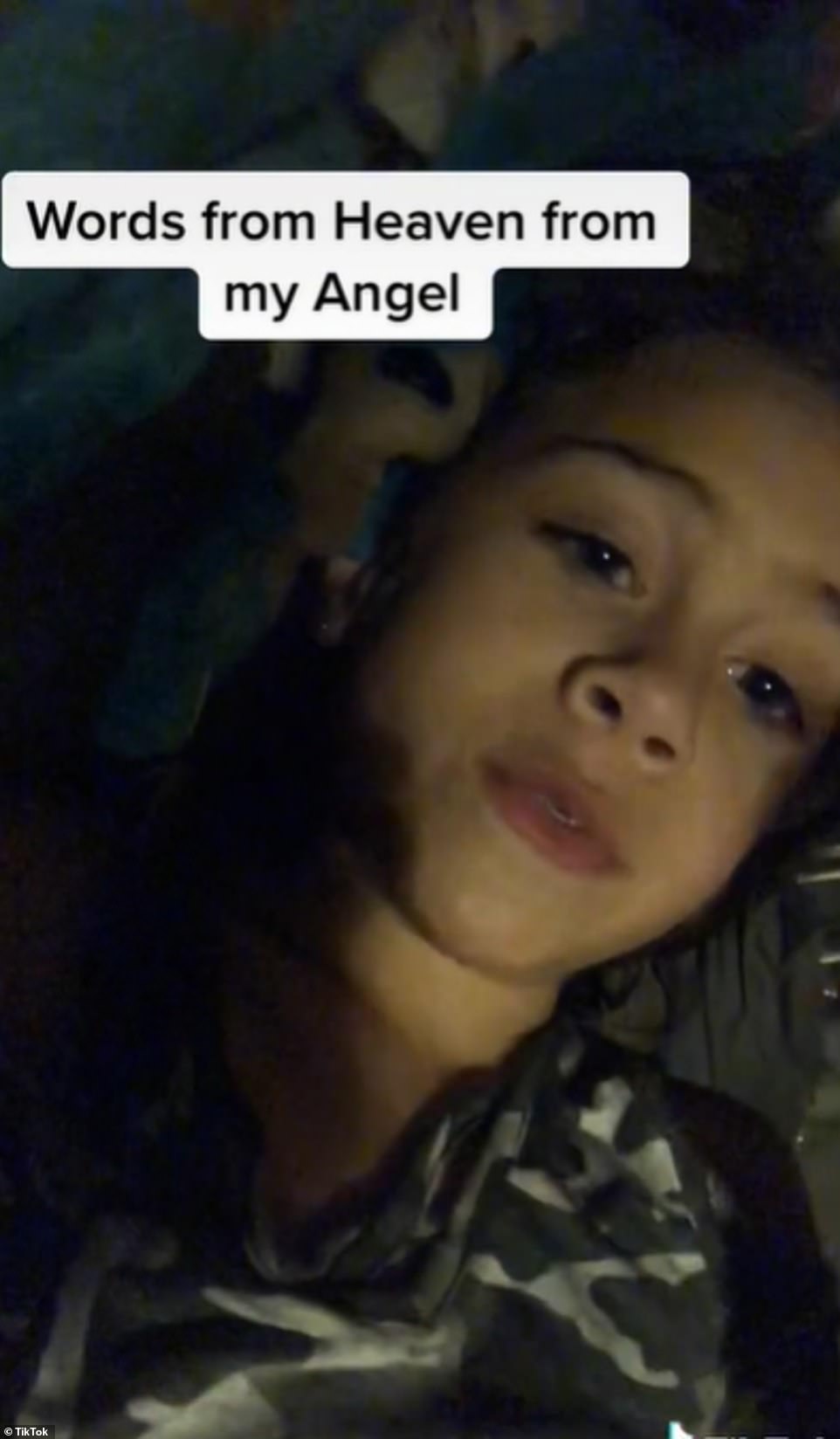 In the two-minute recording, Destiny explained that while it was a possibility that her parents may ‘never have another kid,’ she was confident that wasn’t going to happen. ‘You’re gonna come out so right, as you were made to. Jesus is gonna make you pop and he’s gonna make you good,’ she continued. ‘We love you so much. You’re a part of our family now and you always were.’ 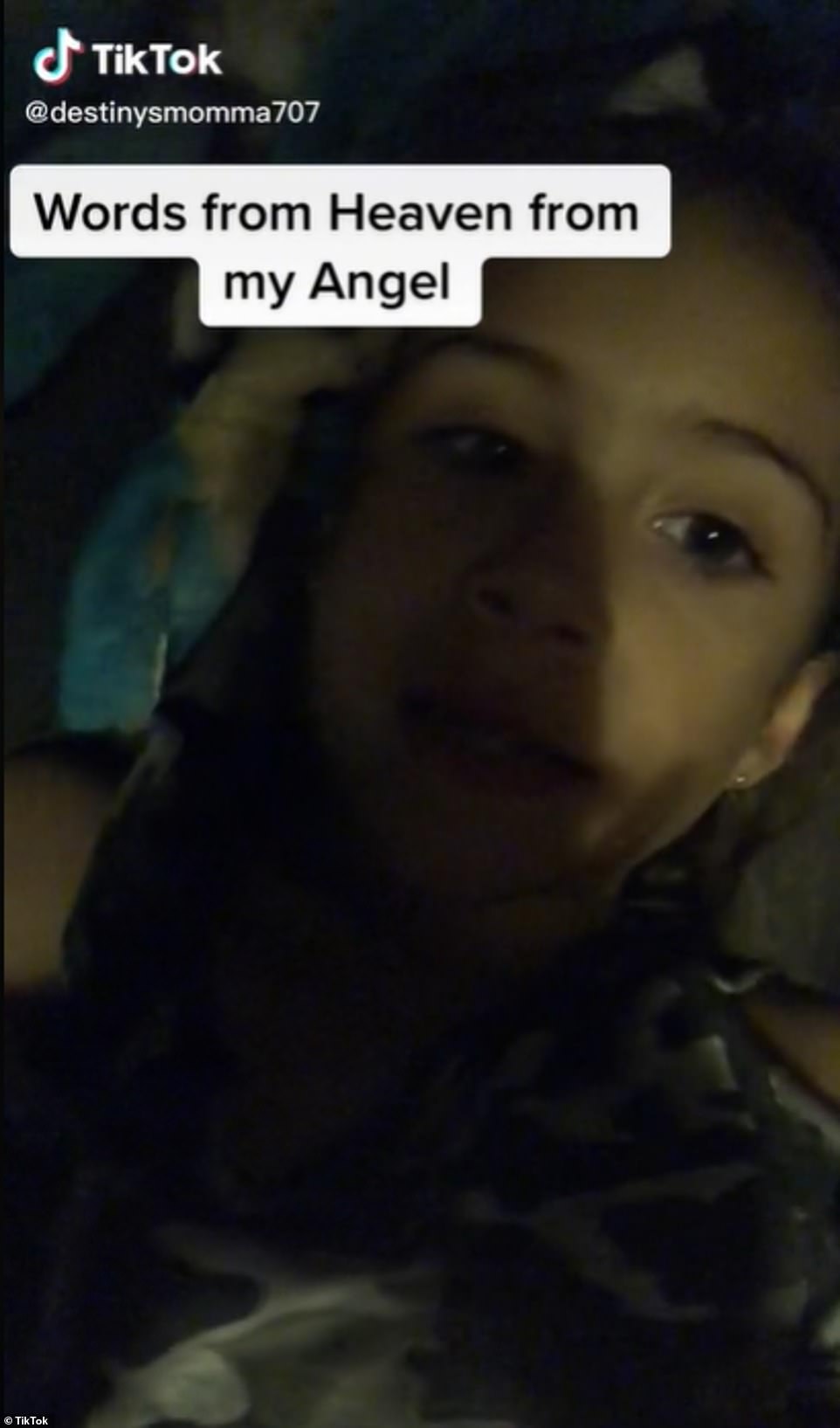 The little girl also shared some advice to her potential sibling, stating, ‘I am not perfect, you aren’t either. Just be happy in your life. Never be mean,’ Destiny advised. ‘I was always happy, I was always nice.’ 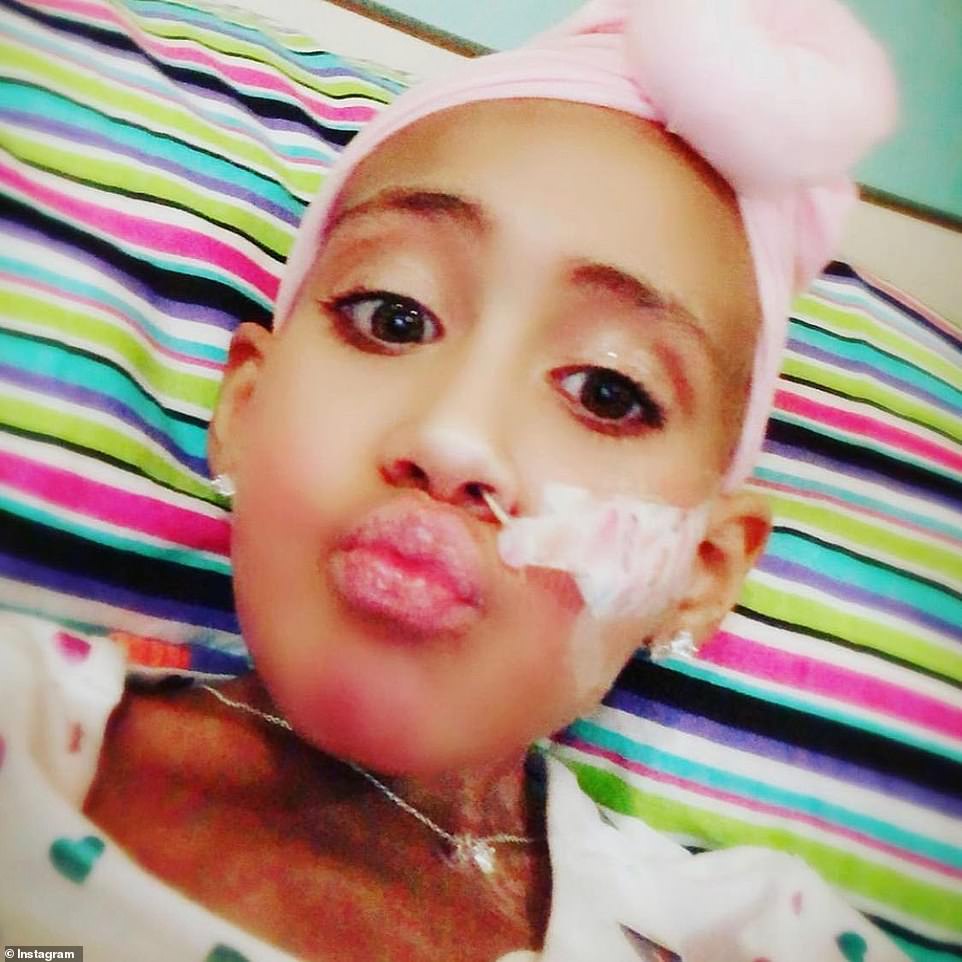 She told her sibling to keep any negative thoughts about others to his or herself, adding, ‘Let me give you an example. If this girl picked her nose and ate it — if you were mean you would look at her [with a nasty look] and you would say, “Why are you picking your boogers? You’re nasty.” I say the exact same thing in my head, but I don’t tell her.’ 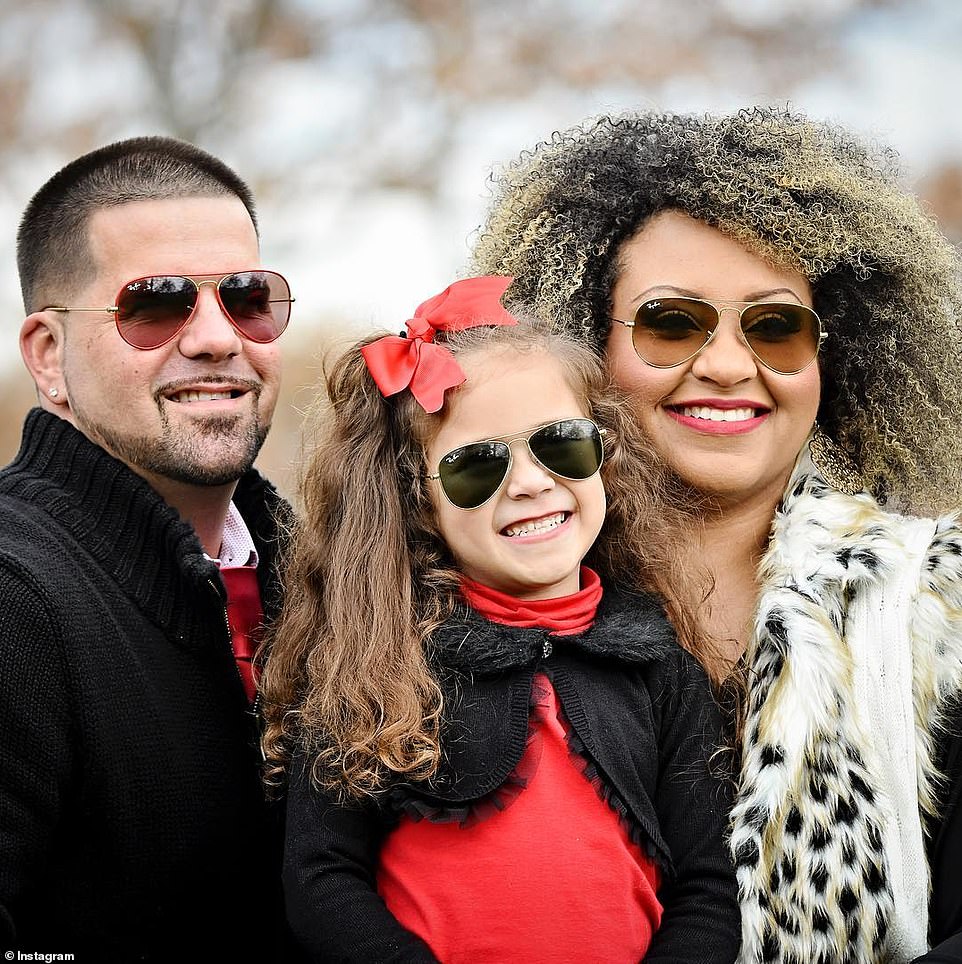 In the caption, Destiny’s mom (pictured with her husband, Dustin, and Destiny) said the video was taken four years prior, but explained that she recently found it in her daughter’s phone. ‘This was well before she had cancer,’ she wrote. ‘We never told her that she would have a brother or sister. To have this video left by her before she died to her future sibling is priceless.’ 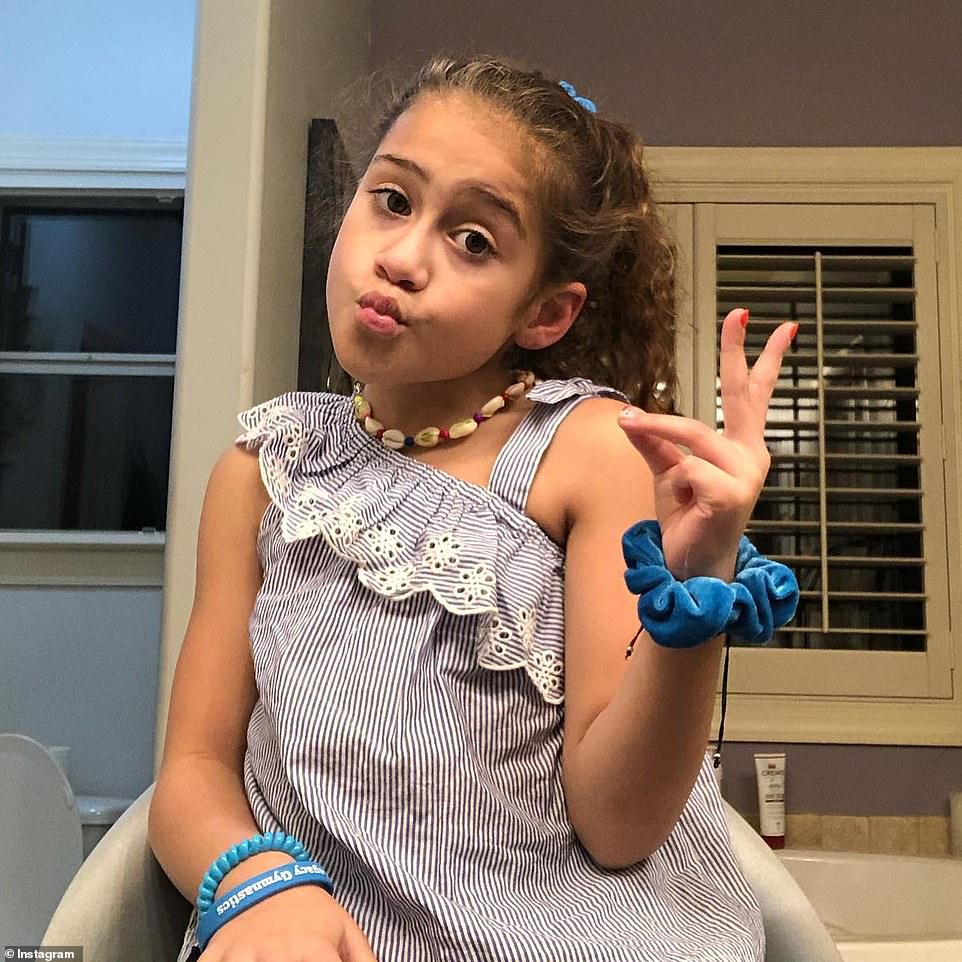 On her website, Destiny’s mother, Lacretia, wrote that her daughter always lived life ‘to the fullest’ and ‘strived to be the best in everything she pursued.’ ‘Destiny excelled in competition dance, cheer, softball — and she loved her TikTok dances,’ she said. 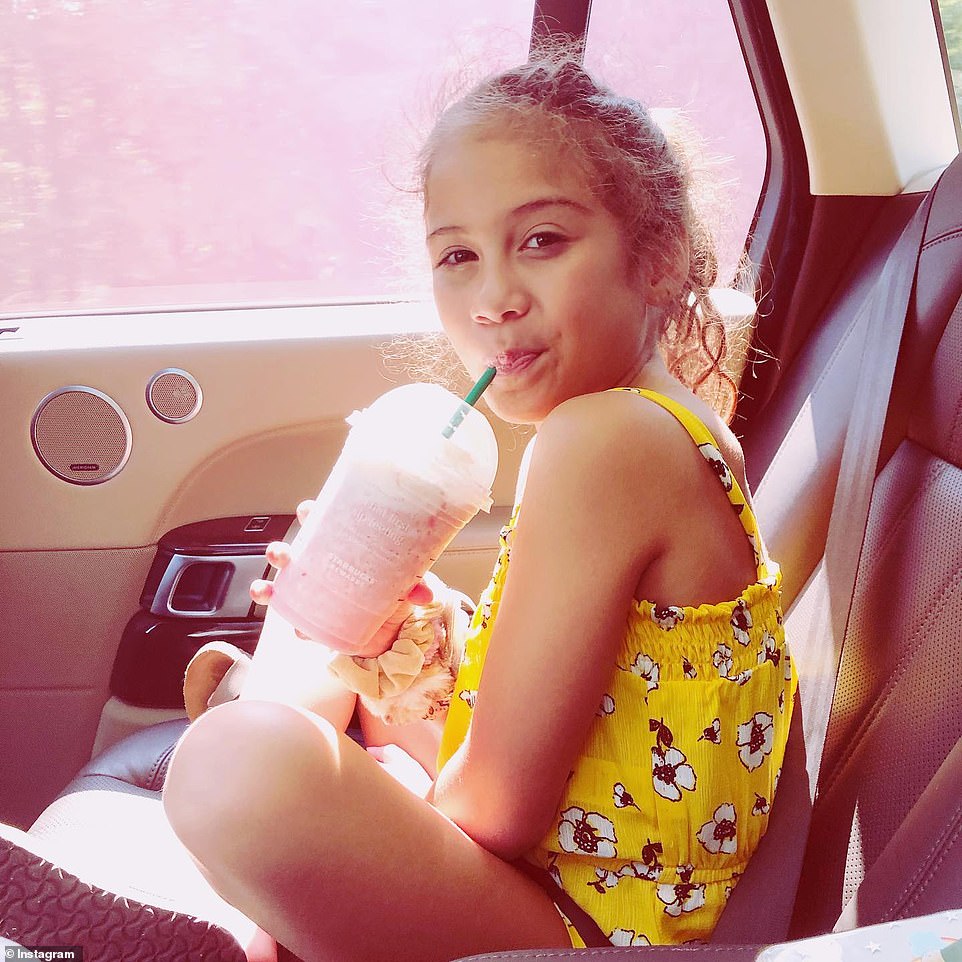 ‘She was always 10 steps ahead of everyone taking life by storm. She certainly marched to the beat of her own drum and forged a path toward greatness throughout her short nine years.’ 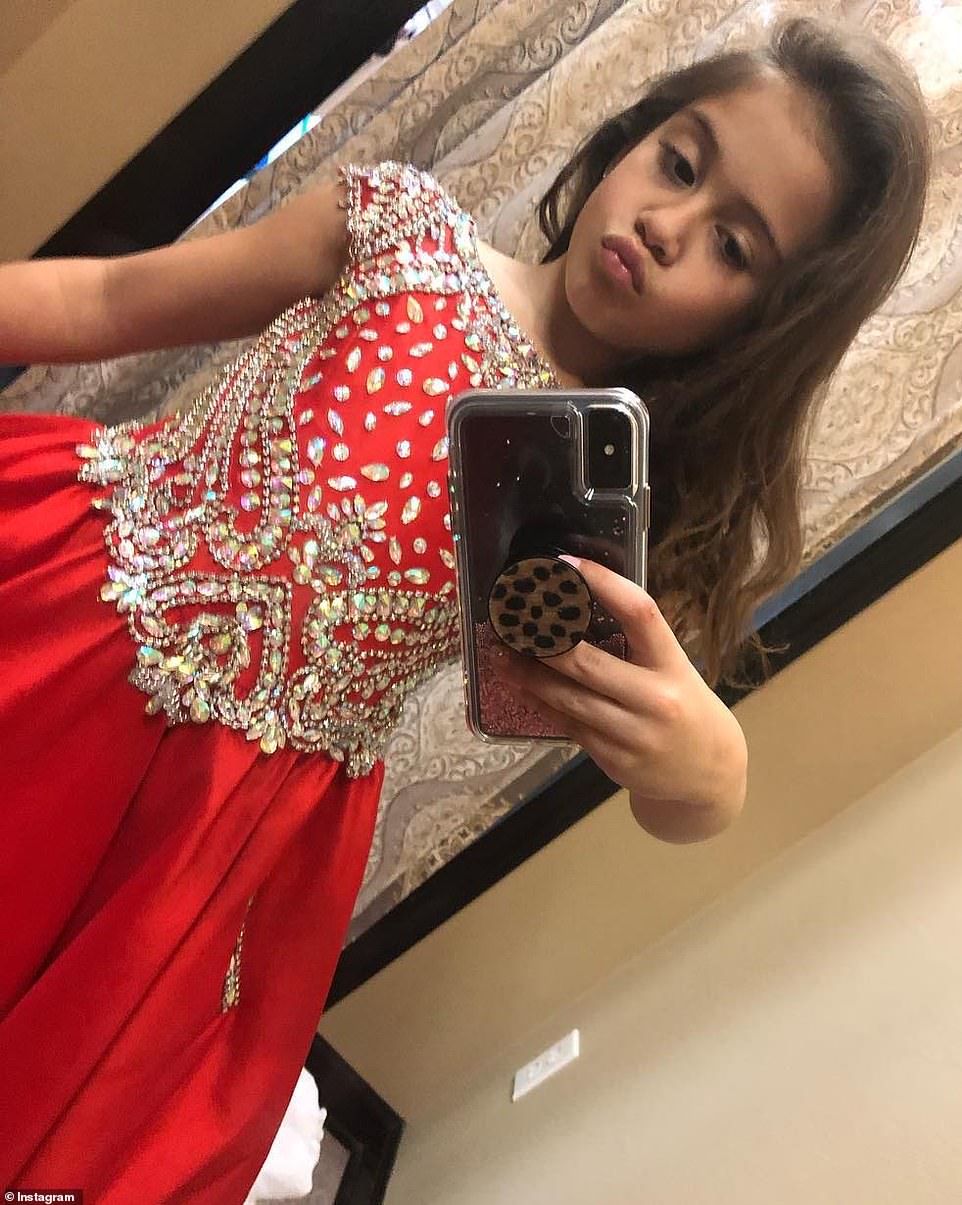 ‘Destiny was a force and she was certainly “1 in a million” — which was unfortunately the rate in which her rare cancer occurred.’ 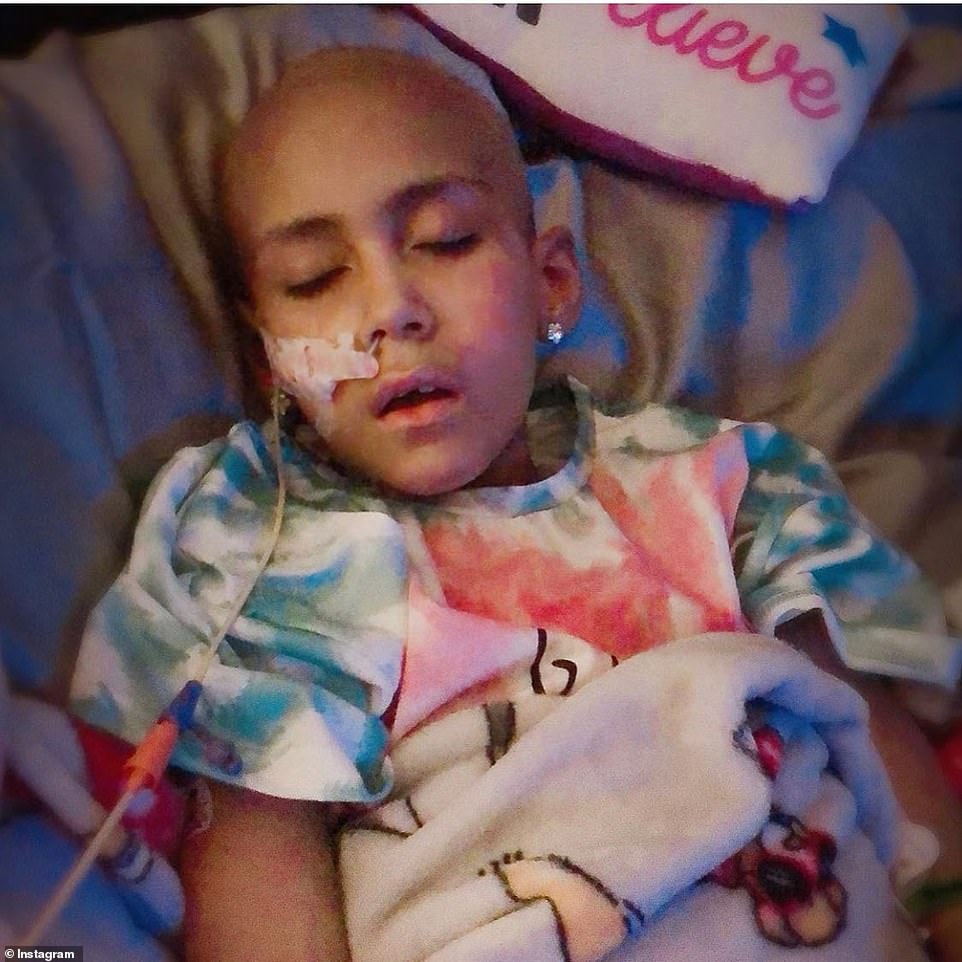 She explained that Destiny became ‘very ill’ during Christmas break of 2019, and after spending ‘hours in the ER’ and visiting ‘various clinics,’ she was diagnosed with cancer on January 7, 2020. ‘Our world stopped and would never be the same again,’ Lacretia continued. 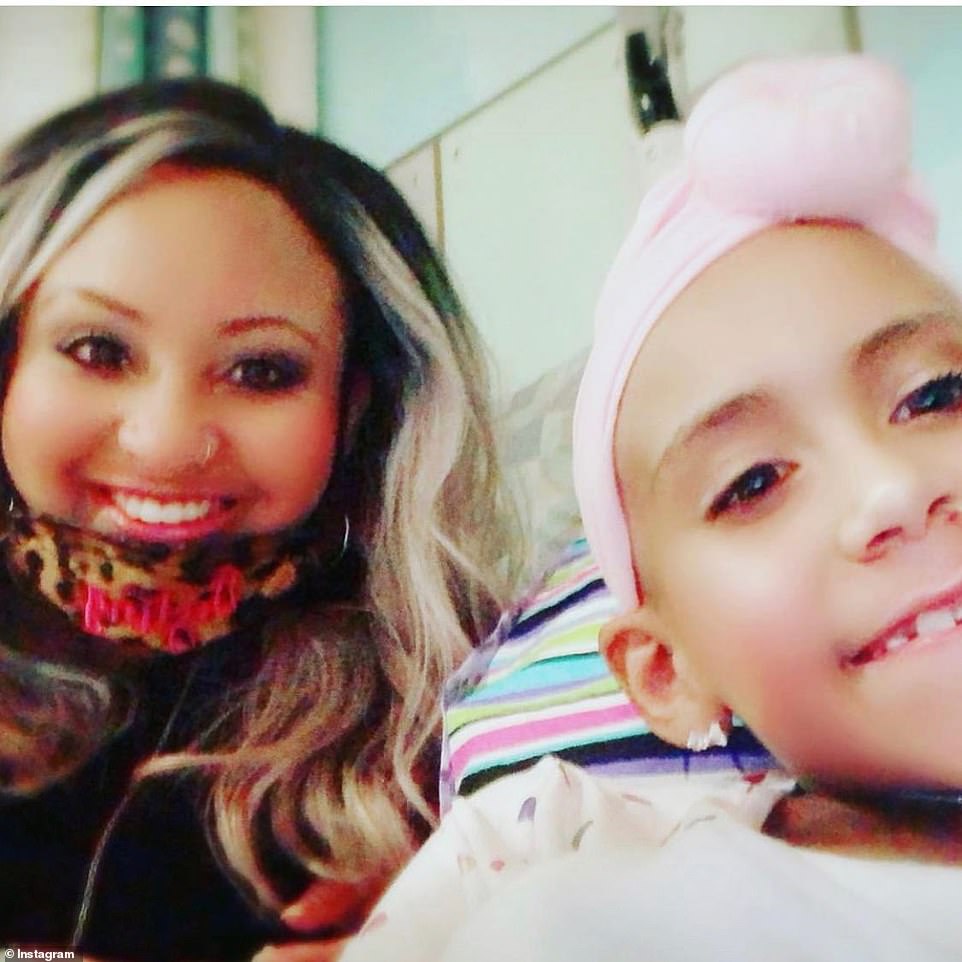 After suffering from a tumor bleed one week later, Destiny soon went into kidney failure, lost her ability to walk, and required tubes to eat and breathe correctly. But she continued to fight and lived for eight more months, despite her many ailments. 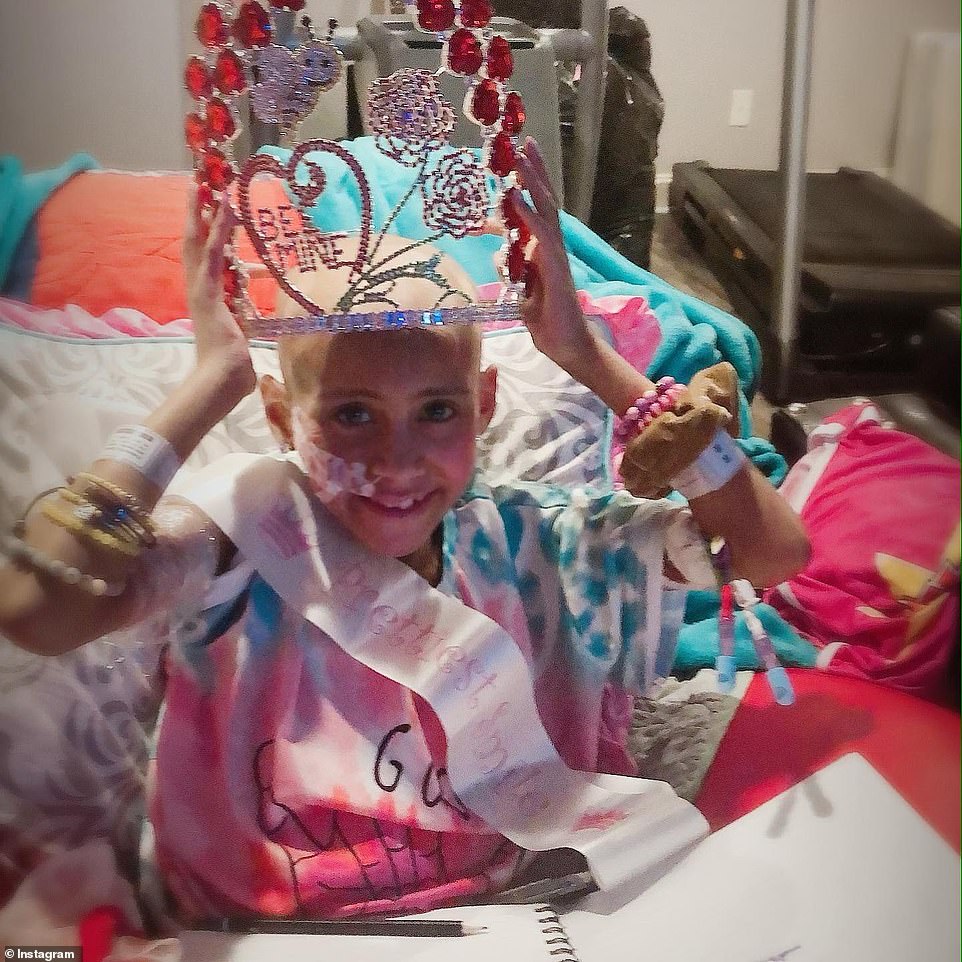 Her mom wrote: ‘She had to contend with all of these other life threatening issues as well. She had an uphill battle, and she over came all of those trials.’ 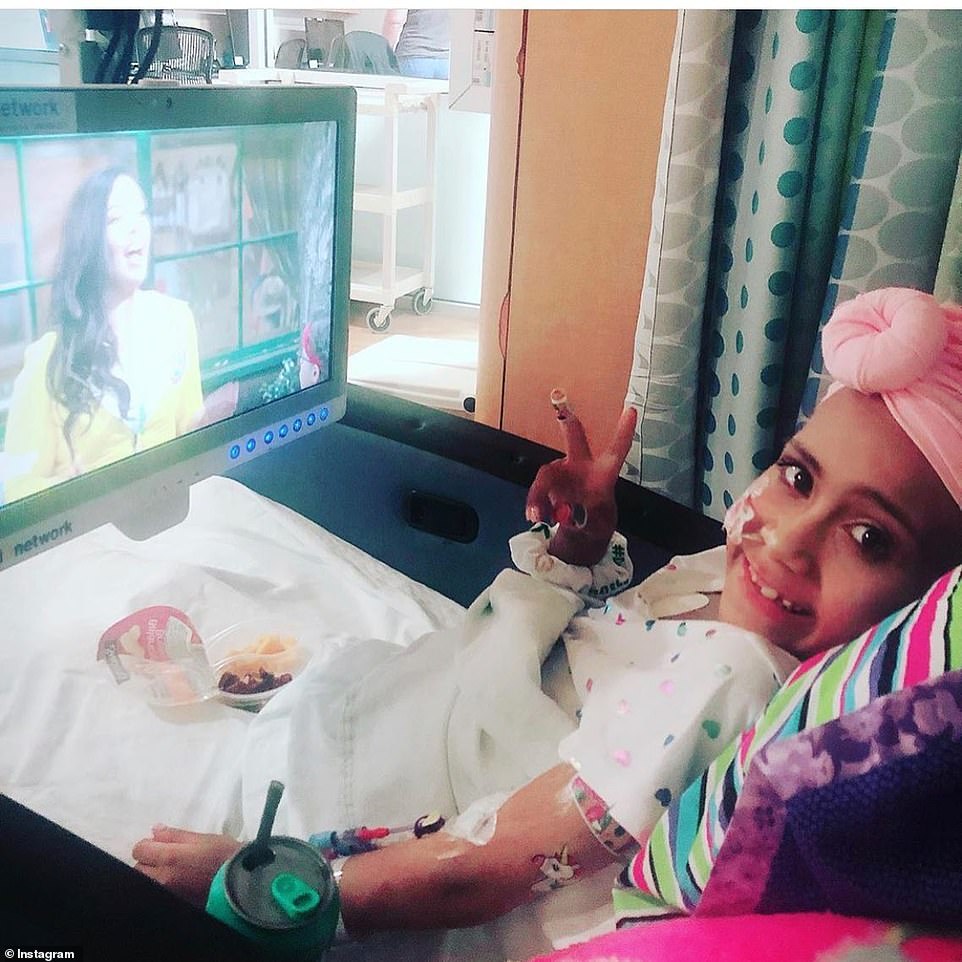 ‘It was through her cancer journey that we truly got to see what our daughter was made of. She told me, “I could be cheering or dancing mom, but now people know my name for the right reasons.” Nothing could stand in her way, not even cancer. She still chose to live in spite of what all cancer tried to steal from her.’ 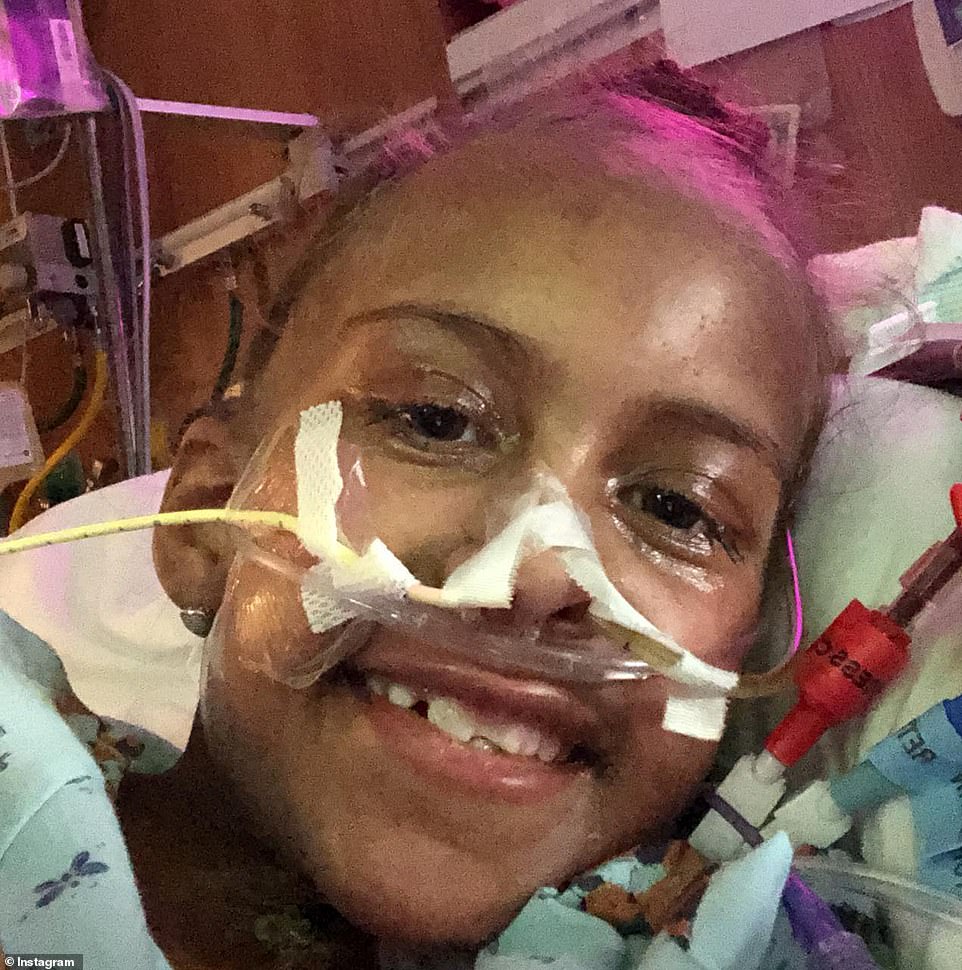 ‘Destiny endured her cancer journey with such dignity and grace. She was very compassionate. Praying intently for her friends who were also sick in the hospital.’ Destiny also found love before she passed away, with Lacretia revealing that the youngster had ‘opened her heart’ to her first boyfriend, named Ace. 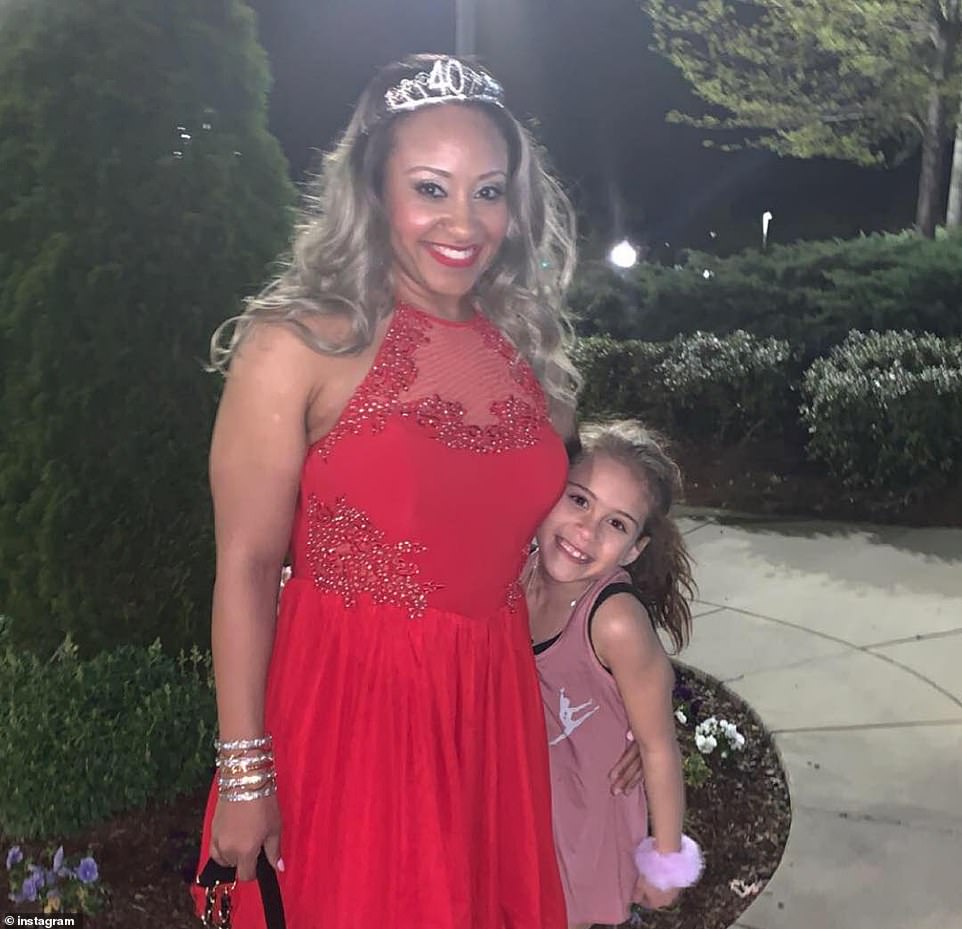 ‘[It was] a love story of two nine-years-olds brought together through tragedy that will go down in history,’ she said. After her death, her parents founded Destiny StrongER — a nonprofit organization that is dedicated to raising money for cancer research and bringing awareness to childhood cancer by hosting events and selling merchandise. 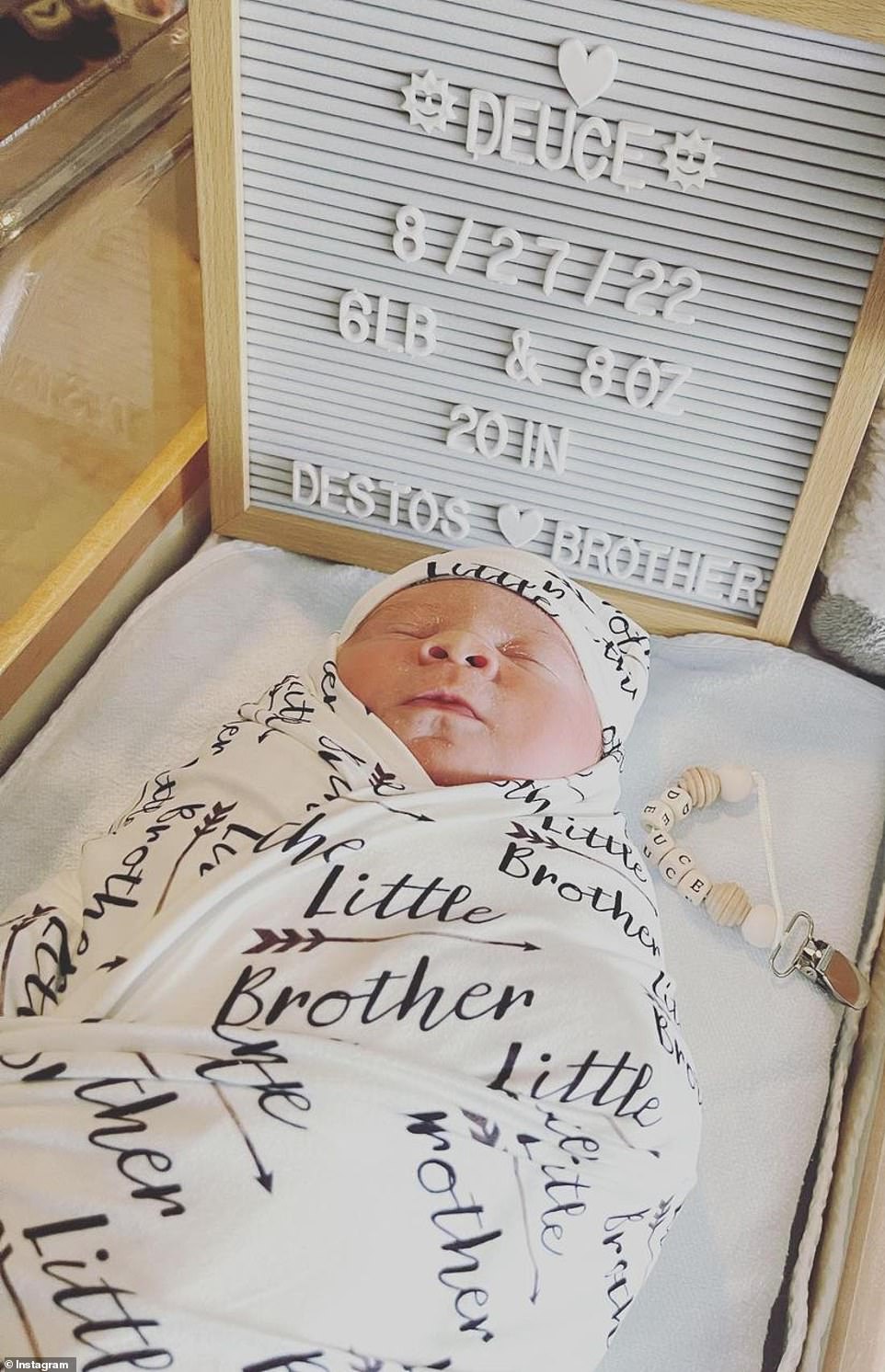 They welcomed their son, who they call Deuce (pictured), on August 27. After he was born, Lacretia wrote on Instagram that he was ‘hand picked by his big sis in Heaven.’

Many people took to the comment section of Lacretia’s TikTok video to share their reactions, and some said they had ‘chills’ over Destiny’s message to her sibling, while others said they were in ‘tears.’ 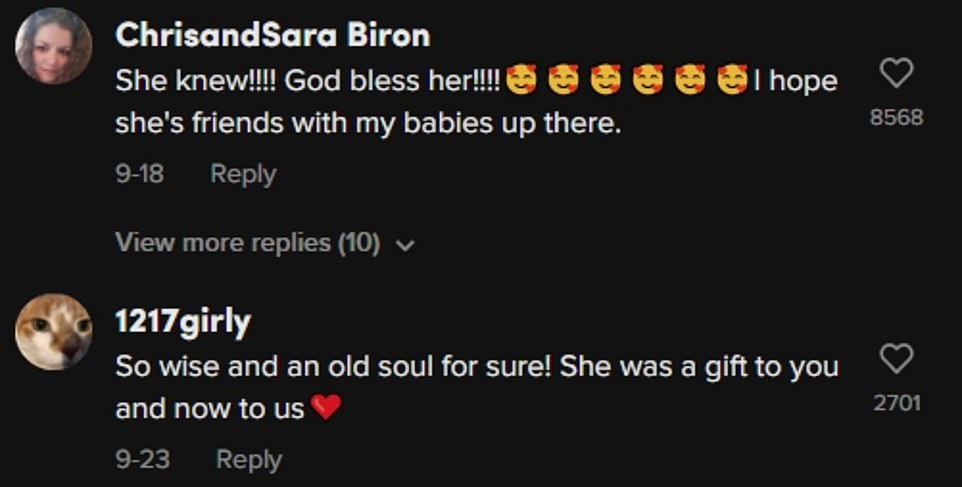 ‘So wise and an old soul for sure! She was a gift to you and now to us,’ wrote one person, while another added, ‘She was so Amazing. I’m so sorry for your loss.’

Someone else said: ‘Wow so intelligent. Sweet baby angel.’

‘I have chills this is so beautiful. God rest her soul,’ read a fourth comment. ‘I’m in tears. She knew. What an angel,’ commented a different person, while another admitted, ‘This just broke my heart, beautiful little girl, so sorry for your loss.’

‘Wow, what an incredible little girl,’ said someone else. ‘She felt the connection to her sibling before they were even here. So smart and a beautiful heart.’ 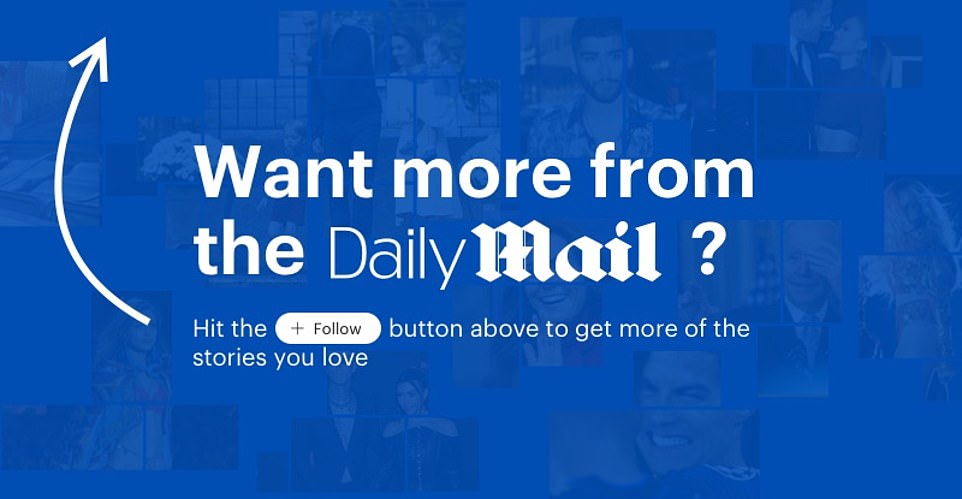 Want more stories like this from the Daily Mail? Visit our profile page her and hit the follow button above for more of the news you need.

A “911 problem” is causing service disruptions in Nova Scotia and New Brunswick Tuesday morning. An emergency alert was issued in Nova Scotia shortly after 8 a.m., stating that people…