An elderly registered sex offender was sent to jail on Thursday after approaching a woman and offering to buy her 8-year-old daughter from her for $100,000, police say.

Hellmuth Kolb, 85, commented on the girl’s appearance and asked her mother Lauren Benning about her age while shopping at a Winn Dixie grocery store in Port Orange, Florida with his wife on August 16, it is claimed.

Kolb, originally from Austria, then shouted after the woman and asked her to ‘make a deal’ with him, and laughed at bystanders who asked why he would make comments like that.

Police, who were already familiar with Kolb, found him on a bench outside of the store and asked about the incident to which Kolb laughed and said ‘we all like kids.’

Hellmuth Kolb, an 85-year-old originally from Austria, was arrested for offering to buy a woman’s daughter in a Florida grocery store

Kolb, a registered sex offender, appeared in court on August 26 after offering to purchase the child 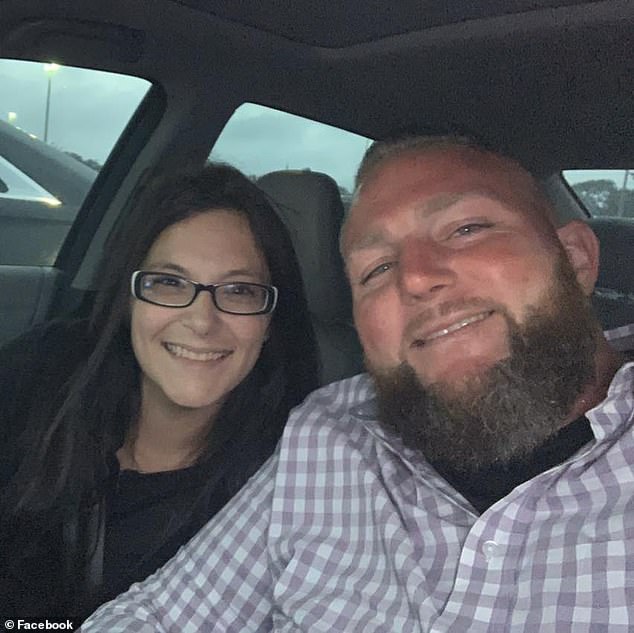 Lauren Benning, seen here with her husband John, was in ‘complete shock’ when Kolb approached her and offered $100,000 for her 8-year-old daughter

Lauren Benning, the mother of the child, spoke to media and reportedly said ‘he needs to be locked up and not allowed to be around our children’

‘He just came up and he started making comments about how pretty she was and how good her dancing was and how he could never have children and he wanted children,’ Benning reportedly said.

Benning said she was in ‘complete shock’ when the conversation took a dark turn and Kolb offered to buy her daughter.

‘He needs to be locked up and not allowed to be around our children,’ she reportedly said.

‘Unfortunately for him, we were able to confirm through his Probation Officer that Mr. Kolb is currently on probation for similar issues, and he is not to have any contact with minor children,’ police said.

He was arrested for violating his probation, which stemmed from a similar previous incident when Kolb offered to purchase a different girl from her mother outside a Walmart store in 2018.

Tracy Nigh was sitting with her daughter on a bench inside the Walmart when Kolb approached, asked if she was married and started bidding on her daughter, beginning at $100,000 and finally offering $200,000.

Nigh said she got up to leave but Kolb grabbed her daughter by her arms and legs, and planted a kiss on her wrist.

After Nigh and her child got away from the octogenarian, the mother alerted store security.

Authorities said Kolb’s exchange with Nigh was caught on surveillance camera and Kolb was identified through his credit card transaction and social media, where another woman described a similar experience. 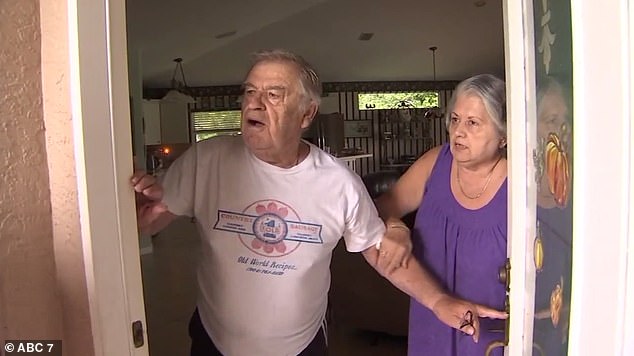 Kolb was previously arrested for a similar incident in 2018 where he offered Tracy Nigh money to purchase her daughter, and was urged by his wife not to speak to the media afterwards 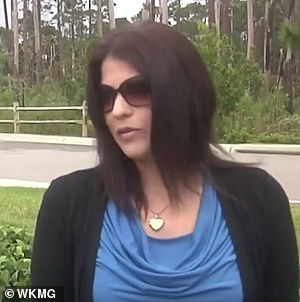 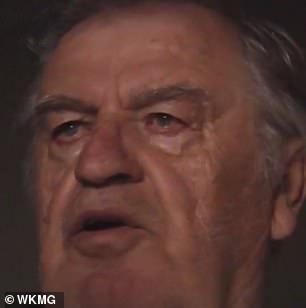 Nigh (left) and her child were able to get away and alert store security. Kolb (right), who is married, was arrested and charged after being identified through a credit card purchase 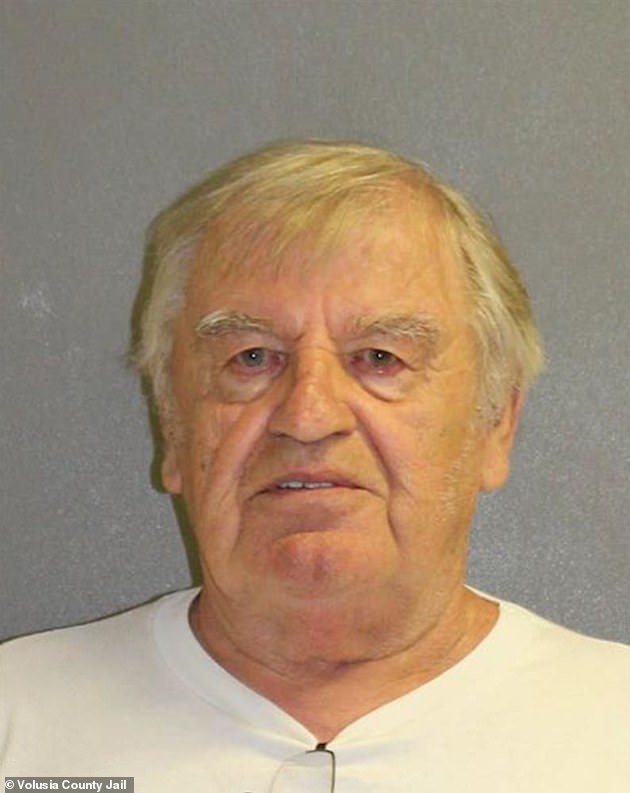 In both cases, Kolb later told police he had no memory of making the offers or touching any children

‘Shook, rocked and shocked to the core,’ Nigh wrote on social media. ‘A man at the Port Orange Walmart offered me 200k for my child today. Grabbed her by the arm and kissed her wrist. My 8 year old little girl!!!! We are pressing charges.’

‘Be careful out there women and men with your daughters, wives and the all the women in your life, please!’

When a reporter came knocking on Kolb’s door after he bonded out of jail, the married man, speaking with a heavy Austrian accent, said he did not know why he was in court.

His wife, standing behind, urged him to shut the door.

In both cases, Kolb later told police he had no memory of making the offers or touching any children.

Kolb is barred from having any contact with minors and must be supervised when going to large retail stores, police said.