After a tentative deal brokered by the Biden administration fell through on Monday, about 60,000 rail workers could enter a strike in early December, upending the nation’s railway system and sinking $2 billion a day.

New York City, however, could see more than economic losses as its five boroughs transports 2.4 million pounds of waste a day via railroads to cheap landfills across in the South, The Daily Beast reports.

Should the trains back up, residents stand to face the same disgusting fate seen in 2018 in Alabama, where people were forced to wear masks to escape the foul odor when the trains were stuck their for two months.

On Tuesday, Transportation Secretary Pete Buttigieg said that the potential rail strike ‘is not acceptable’ after unions representing more than half the country’s freight rail workers rejected new contracts and threatened a walkout on December 5.

New York City’s ‘poop trains’ (above), which carry 2.4 million pounds of human waste a day, could be stuck amid a looming railroad workers strike 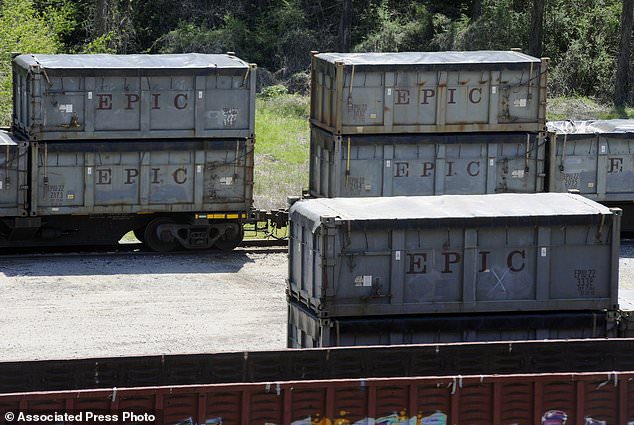 The trains drew headlines when one of them was got stuck at an Alabama town in 2018 (above) on its way to a landfill. The incident forced residents to put on masks to escape the odor

New York city sends exports its human waste partly because the federal government in the late 1980s banned disposal in the Atlantic Ocean.

Along with the possibility of millions of pounds of human excrement remaining in the city, The Big Apple also risks a garbage pile up.

The New York City Sanitation Commissioner’s Office noted that the city ships out about 87 percent of its household waste by railway, which amounts to 20 million pounds of garbage.

The railroad provides a quick route for the city to transport its waste while clearing the roads of dump trucks filled with waste.

Sanitation Commissioner Jessica Tisch told The Daily Beast that given its dependence on the railroads, the city has been working on backup plans should the strike go through on December 5.

‘We have spent the past several months monitoring the ongoing possibility of a freight rail workers strike extremely closely and [are] making contingency plans to transition back to shipping trash by truck in the event of a work stoppage,’ Tisch said.

‘We are working closely with our contracted vendors and are prepared to do all that we can in a worst-case scenario, but let me be clear: a prolonged disruption of the rail network for trash removal represents a very real threat to public health and safety in the City of New York.’

‘For the sake of our neighbors and our neighborhoods, I urge all parties involved to do all that they can to avert a strike.’

The city Department of Environmental Protection, which handles human waste, did not immediately respond to DailyMail.com’s request for comment. 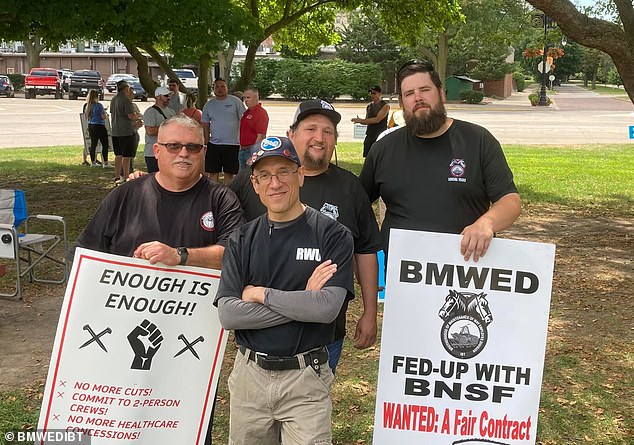 SMART Transportation Division, which represents 36,000 of the country’s rail workers, rejected a deal on Friday and threatened a strike. Pictured: BMWED employees who are scheduled to join the strike holding a protest over the summer when disputes broke out 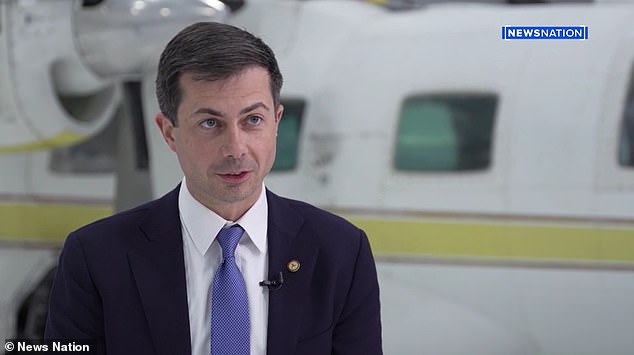 ‘We’re urging the parties to get to the table and to do whatever it takes to prevent a shutdown. A shutdown is a scenario that is not acceptable,’ Buttigieg said of a potential rail strike

On Monday, SMART Transportation Division, which represents 36,000 of the country’s rail workers, rejected the deal on Monday morning in an ongoing dispute over sickness and attendance policies.

BLET, the Brotherhood of Locomotive Engineers and Trainmen, has 24,000 members and voted to ratify the deal but said it would join the picket line with SMART if they continue to refuse the new terms.

Following the rejection, Buttigieg warned that the strike would kneecap America’s supply chain.

‘Our goal right now is to make sure that doesn’t happen,’ Buttigieg said in an interview with NewsNation host Leland Vittert, which will air in full on Tuesday night’s episode of On Balance.

‘We’re urging the parties to get to the table and to do whatever it takes to prevent a shutdown. A shutdown is a scenario that is not acceptable.’

‘It would not be good,’ said Buttigieg of a potential rail strike. ‘We don’t have enough trucks or barges or ships in this country to make up for the rail network.’

Industry groups have said that although some businesses would try to shift shipments over to trucks, there aren’t nearly enough of them available.

The Association of American Railroads trade group estimated 467,000 additional trucks a day would be needed to handle the goods the network delivered. 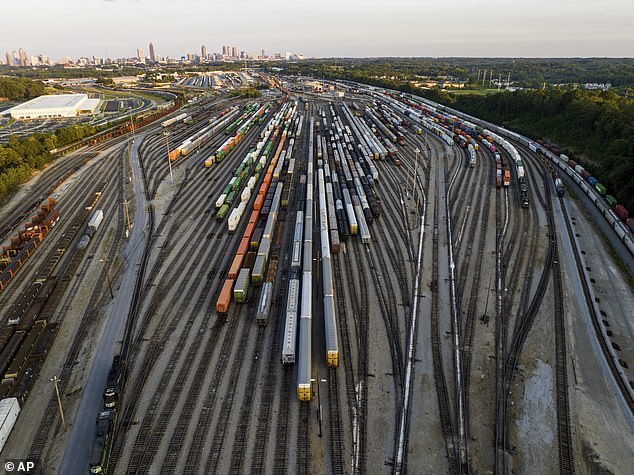 An extended rail shutdown has not happened for a century, partly because a law passed in 1926 that governs rail negotiations made it much harder for workers to strike

The largest of the 12 rail unions, which represents mostly conductors, rejected management’s latest offering that included 24 percent raises and $5,000 in bonuses.

With four of the 12 unions that represent more than half of the nation’s 115,000 rail workers holding out for a better deal, it might fall to Congress to impose one to protect the US economy.

The four unions have rejected deals the Biden administration helped broker before the original strike deadline in September.

The unions agreed to try to hash out a contract before a new December 5 strike deadline.

But those talks have deadlocked because the railroads refuse to add paid sick time to what they’ve already offered.