Critics are expressing fury after the Food and Drug Administration revised the emergency use authorizations for COVID-19 antibody treatments from Regeneron and Eli Lilly to limit their use, saying the drugs are unlikely to work against the Omicron coronavirus variant.

Florida Governor Ron DeSantis, who opened treatment centers to distribute the antibody drugs, slammed the decision, saying the FDA had acted ‘without shred of clinical data to support its decision.’

Following the FDA ruling on Monday, Florida said it had been forced to close all of its treatment centers and cancel thousands of appointments, and DeSantis lashed out at President Joe Biden over the decision.

‘There are real-world implications to Biden’s medical authoritarianism – Americans’ access to treatments is now subject to the whims of a failing president,’ DeSantis said in a statement.

The FDA noted in its decision on Monday that Omicron accounts for more than 99 percent of US infections, making it ‘highly unlikely’ the antibodies would help people now seeking treatment.

The agency said restricting their use would also eliminate unnecessary drug side effects from ineffective treatment, including allergic reactions.

The two treatments are still effective against Delta, but the CDC now estimates that Delta accounts for just 0.5 percent of new cases in the country. 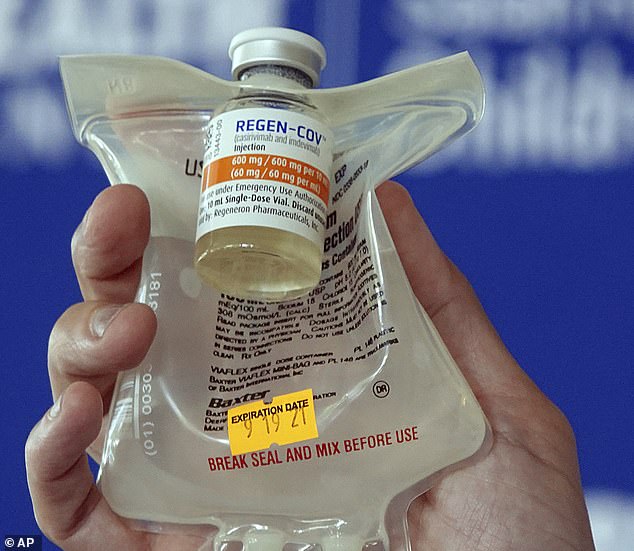 The FDA restricted COVID-19 antibody treatments (above) from Regeneron and Eli Lilly to limit their use, saying the drugs are unlikely to work against Omicron 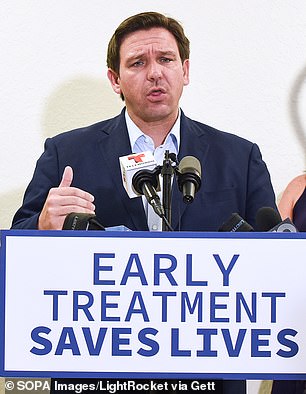 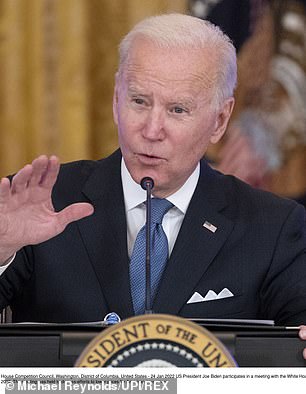 Some critics accused the FDA of trying to restrict treatment options to coerce people into getting vaccinated.

‘This is all about the Biden and his admin taking away a treatment that helps to try to force people into getting the Vaccine,’ one person tweeted.

‘I just saw that the FDA has withdrawn emergency approval for the Regeneron and Eli Lilly monoclonal antibodies. What are they doing? Trying to kill us?’ wrote another.

‘Ok, so now the government is actually saying we want people to die. There is still delta floating around. To take away [emergency use authorization] is asinine,’ another wrote.

The FDA said Monday the two antibody treatments are currently not cleared for use in any US states or territories, but may be authorized in certain regions if they work against potential new variants.

Doctors have alternate therapies to battle early COVID-19 cases, including two new antiviral pills from Pfizer and Merck, but both are in short supply.

An antibody drug from GlaxoSmithKline (GSK) that remains effective also is in short supply.

Last month, the US government had paused the distribution of Regeneron and Lilly’s treatments and said the halt would continue until new data emerges on their efficacy against Omicron.

The two drugs are laboratory-made versions of virus-blocking antibodies. They are intended to head off severe disease and death by supplying concentrated doses of one or two antibodies early in an infection.

Then-President Donald Trump received Regeneron’s antibody combination after he tested positive for the coronavirus in 2020.

GSK and Vir Biotech are boosting production of their alternative antibody drug, sotrovimab, to help meet sore demand in the United States.

The FDA has also expanded its approval for the use of Gilead Sciences’ antiviral COVID-19 drug remdesivir to treat non-hospitalized patients aged 12 years and above.

‘The FDA is committed to continuing to review emerging data on all COVID-19 therapies related to the potential impact of variants and revise the authorizations further as appropriate to ensure healthcare providers have an effective arsenal of treatments for patients,’ the agency said in a statement.

But the announcement, coming in a press release with no warning, drew criticism from officials in Florida as ‘abrupt’ and poorly supported.

‘Rather than giving Americans the option for various COVID treatments, the FDA and the Biden Administration issued their royal decree, taking away the very thing that is proven to reduce hospitalizations and save lives,’ said Florida Lieutenant Governor Jeanette Nuñez in a statement.

‘Monoclonal antibody treatments like Regeneron have had a positive impact for thousands of Floridians,’ she added. 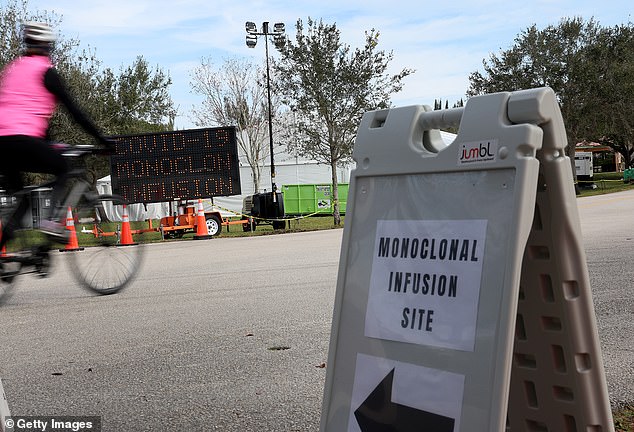 Florida has closed all of its treatment sites, such as the one seen above in Miami on Tuesday 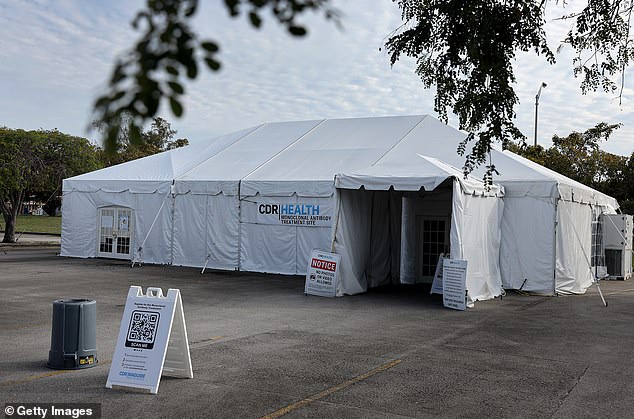 DeSantis has heavily promoted antibody drugs as a signature part of his administration’s COVID-19 response, setting up infusion sites (above) across the state

‘For the CDC and FDA, which have been consistently inconsistent throughout the entire pandemic, to restrict treatment does nothing but put individuals at risk.’

The drugs are not a substitute for vaccination and are generally reserved for people who are the most vulnerable, including seniors, transplant recipients and those with conditions like heart disease and diabetes.

Since early January, the US government has shipped enough doses of the two antibodies to treat more than 300,000 patients.

Both Regeneron and Lilly previously announced they were developing new antibodies that target omicron.

The move comes days after regulators broadened the use of remdesivir – the first drug approved for COVID-19 – to treat more patients.

On Friday, the FDA expanded the antiviral’s approval to include adults and children with early COVID-19 who face a high risk of ending up in the hospital. Remdesivir previously had been limited to hospitalized patients.

An influential panel of federal experts had already recommended using the infused drug to try to head off hospitalization. The same guidelines from the National Institutes of Health panel recommend against continued use of Lilly and Regeneron’s antibody drugs due to their reduced effectiveness against omicron.

Still, many hospitals will face challenges in ramping up remdesivir treatments.

The drug requires three consecutive IV infusions over three days, when used for non-hospitalized patients. That time-consuming process won’t be an option for many over-capacity hospitals facing staff shortages.