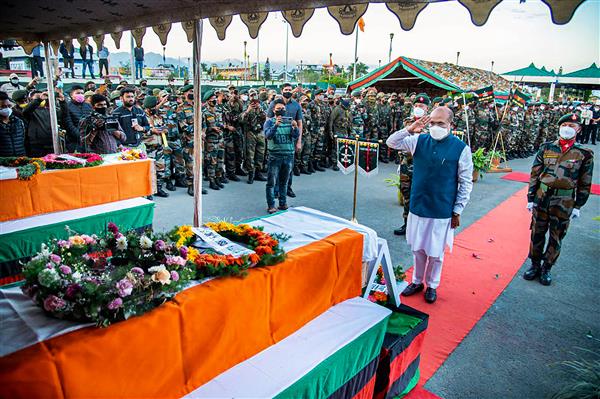 A military aircraft carrying the mortal remains of the Assam Rifles personnel and family members of one of them killed in an ambush in Manipur crashed at Assam’s Jorhat airport on Sunday following a technical snag, an army spokesman said. But it was dropped in an emergency.

NS The bodies will be kept overnight in Jorhat and onward journey to the respective destinations will resume on Monday morning, she added.

A total of seven people were killed in an ambush in Manipur’s Churachandpur district on Saturday and bodies were brought to the state capital Imphal. From there he was being taken to his house.

The spokesman said the aircraft carried the bodies of three personnel of the country’s oldest paramilitary force, besides Colonel Biplab Tripathi, commanding officer of Khuga Battalion of Assam Rifles, his wife Anuja and six-year-old son Abir.

Colonel Tripathi was a resident of Raigarh in Chhattisgarh.

The body of Rifleman Khatanei Konyak was taken by a helicopter from Imphal to his residence in Mon district of Nagaland.

The spokesman said that of the other three, Rifleman Shyamal Das hailed from Murshidabad district of West Bengal, while RFN Suman Swargiyari and RFN RP Meena belonged to Baksa district of Assam and Dausa district of Rajasthan, respectively. PTI