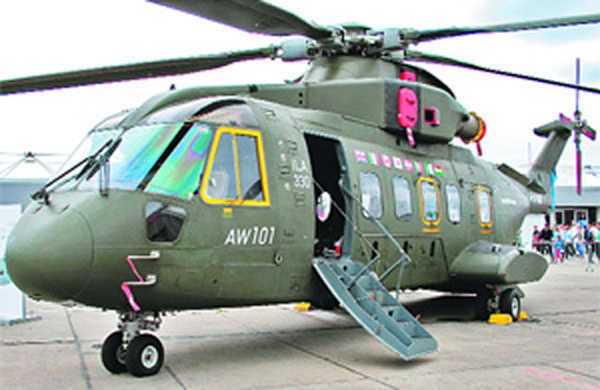 The Defense Ministry has formally lifted sanctions on Italian firm Leonardo SpA and its subsidiary AgustaWestland as their names do not figure in the updated list of companies that have been banned and suspended from business deals with it, familiar with the development officials said on Sunday.

Leonardo SpA, formerly known as Finmeccanica, and AgustaWestland were banned in 2014 in the wake of allegations of corruption in the Rs 3,500-crore VVIP helicopter deal.

The ministry issued a new notification on November 12 updating the list of firms banned/suspended/suspended from doing business with it.

Two Italian firms are not included in the list.

India had terminated the contract with AgustaWestland for the supply of 12 AW-101 VVIP choppers over allegations of alleged breach of contractual obligations and bribes paid by the firm to secure the deal.

Sources said Leonardo SPA has given a letter withdrawing its claims of 350 million euros on the canceled order of VVIP helicopters.

It is learned that though the Defense Ministry has lifted the ban on the two Italian firms, the investigation into the VVIP chopper deal by the CBI and the Enforcement Directorate (ED) will continue.

Sources said the lifting of the ban would now allow Leonardo SPA to participate in the Indian Navy’s heavy-weight torpedo program under Project 75.

Under Project 75, the Navy may soon float tenders for naval radars and naval turrets for submarines. MDL has already delivered four of the six submarines.

The list also mentions two firms as “banned” for purchase.

The decision was questioned by the opposition Congress after reports of the lifting of the ban on Leonardo Spa. PTI