By Alex Oliveira For Dailymail.Com

A scowling Candace Cameron Bure has been pictured for the first time since JoJo Siwa branded her the ‘rudest celebrity’ she had ever met in a now-viral TikTok video – sparking a firestorm of controversy that resulted in the Full House star phoning the teen to get to the bottom of their beef.

Bure, 46, was seen outside her home in Malibu on Tuesday evening with a very dour expression on her face – shortly after she took to Instagram to reveal that she had called Siwa, 19, who explained exactly why she had publicly bashed the actress as ‘rude’.

The Full House star said Siwa told her the comment stemmed from an incident when the pair met on a red carpet when the former Dance Moms star was just 11 years old. Siwa claimed she asked Bure for a photo at the time – but that Bure told her ‘not right now,’ and then never returned for the photo despite moving on to take photos with others.

Bure, who is a devout Christian, admitted that the teenager’s story ‘broke her heart’, and revealed that she offered up an apology to Siwa, telling her: ‘I broke your 11-year-old heart. Please know that as a mom that it breaks my heart that I made you feel that way.’

The actress added that Siwa told her she had never intended for the video to become as viral as it did, and that she actually thought Bure was a nice person.

She wrapped up the video by offering a lesson – advising that no matter one’s intention, anybody with a following on social media should be mindful of what they say.

Despite her dour demeanor, the 46-year-old Full House Star took to Instagram on Tuesday to reveal she called Siwa, 19, to get to the bottom of the drama 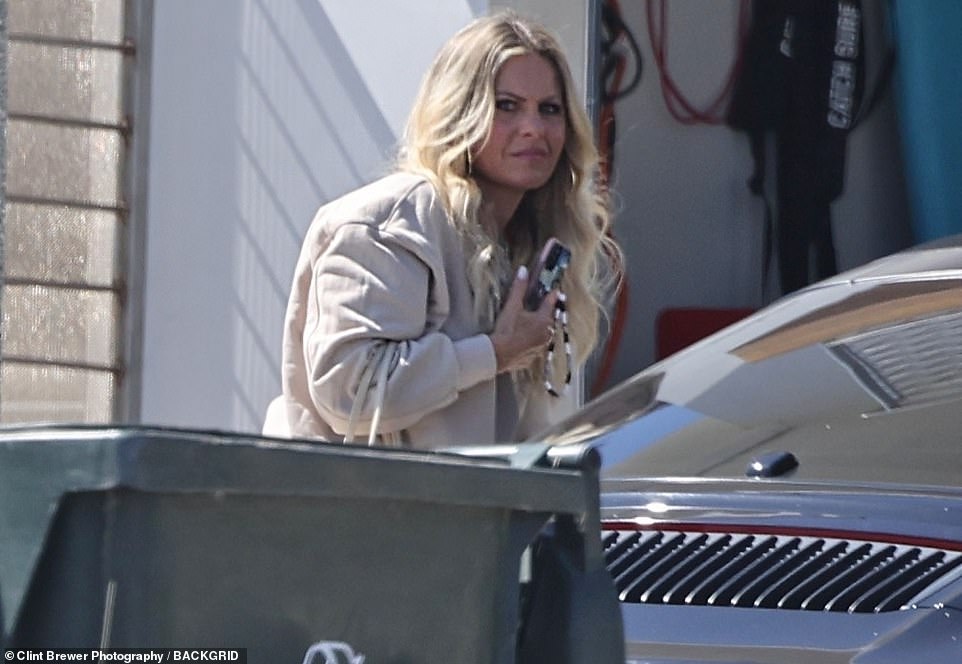 Bure was seen close to her LA home on Tuesday, as a firestorm over her encounter with JoJo Siwa erupted online 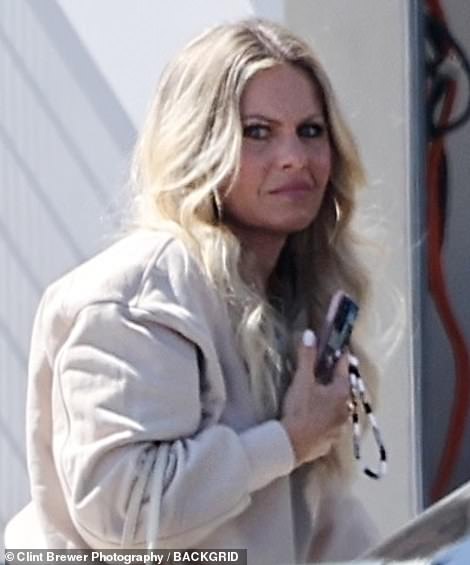 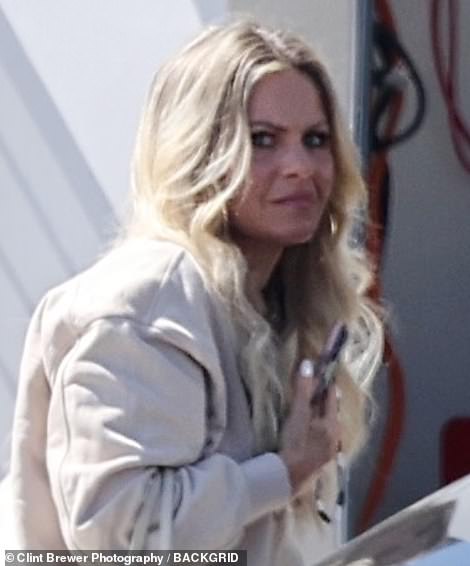 Bure said Siwa told her she had never intended for the video to become as viral as it did, and that she actually thought Bure was a nice person

Bure was seen wearing a beige sweatshirt outside her home on Tuesday, with her blonde hair parted down the middle.

Standing behind a blue Porsche parked in her driveway, Bure carried a bag over her arm and wore gold hoop earrings hanging from her ears while clutching her phone close to her chest.

Wearing what appeared to be the same outfit in her Instagram video, Bure said Siwa’s comments about her on Sunday caught her off guard.

‘Honestly I was shocked when I saw the TikTok on Sunday and had no idea where it came from,’ she said.

Bure said that she tracked down Siwa’s contact information through her agent and gave her a call, and said ‘we had a great conversation.’

Bure then told how Siwa recounted that at the Fuller House premiere when she was 11, Bure seemed to snub her – which Bure said broke her heart to hear.

Bure said she and Siwa had a ‘really great conversation,’ and left her fans with some advice.

‘I think the lesson we can learn is to be mindful. That no matter how may followers you have, even a ten second trending TikTok video can do damage, because our words matter and our actions matter.’

Since the Siwa shared the clip, the recording has garnered over 17.9 million views.

Candace is known for her role as D.J. Tanner on the hit series, Full House, and also reprising the role once again on the reboot, Fuller House.

The Hallmark actress is known for playing kind and loving characters on screen, But JoJo claimed in real life Candace is not so kind. 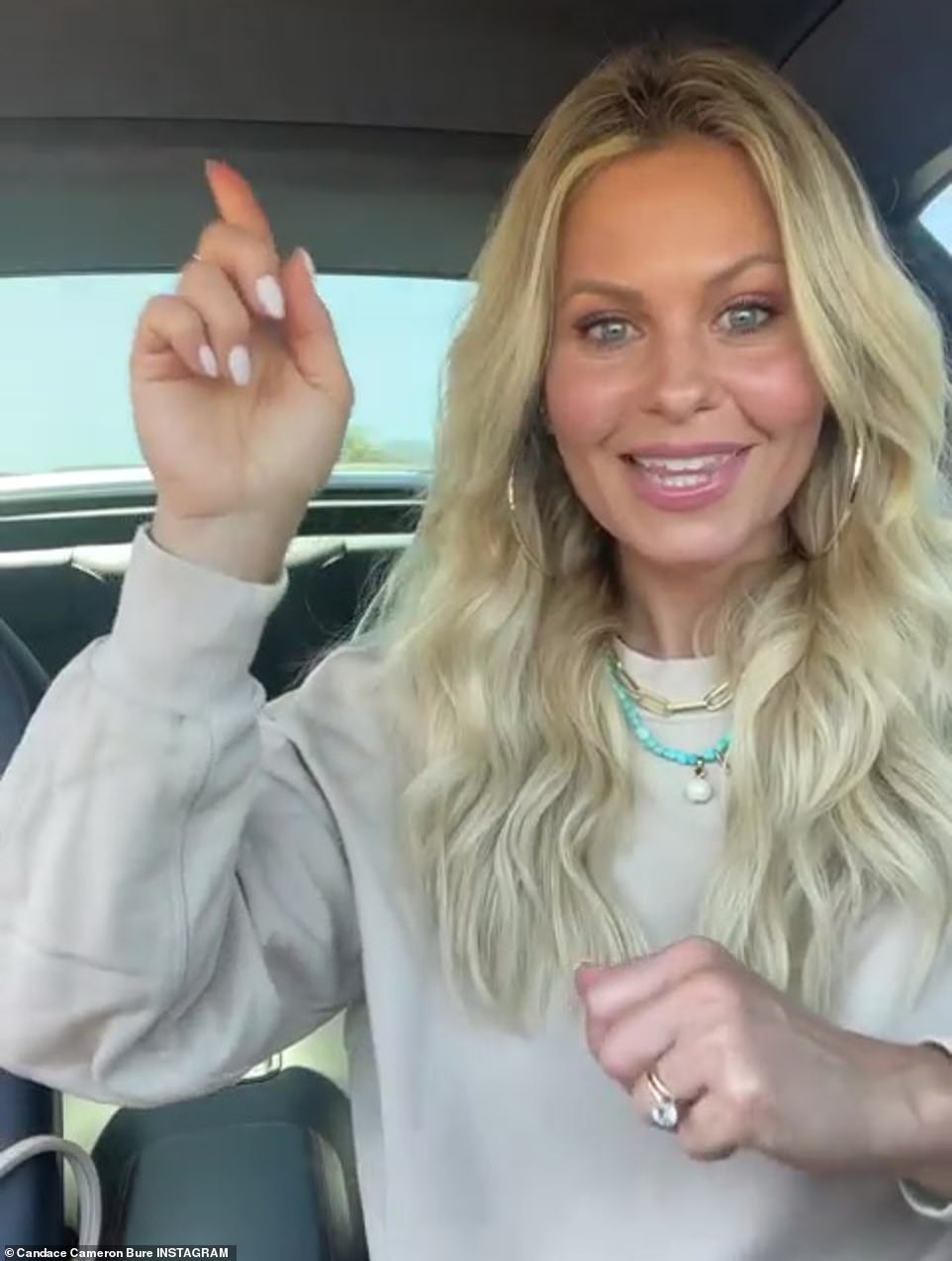 Bure wrapped up the video by offering a lesson, advising that no matter one’s intention, anybody with a following on social media should be mindful of what they say

In the footage, the Dancing With The Stars competitor held up pictures on her phone of celebrities while explaining in captions how she felt about them.

She turned her phone towards the camera to show pictures of the stars, but then swiftly snapped the screen back to make it difficult to see the photos.

At the beginning of the clip, JoJo started off right away by exposing Candace as the rudest celebrity she had come across.

She named other stars in her reel, but on a more positive note, revealing Zendaya was her celebrity crush, Miley Cyrus as the nicest celebrity, and Elton John as the coolest. 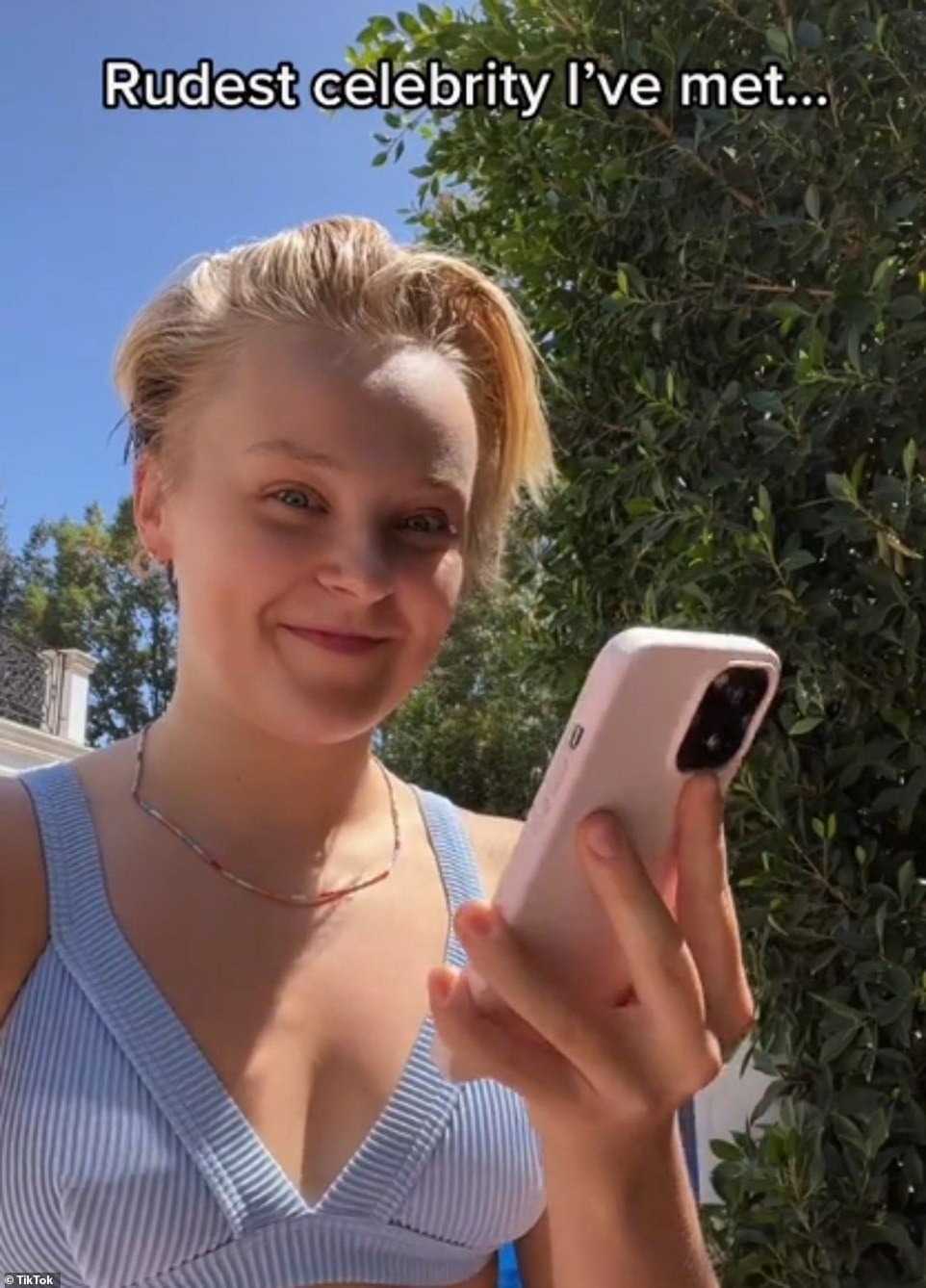 Bure said Siwa told her she had never intended for the video to become as viral as it did, and that she actually thought Bure was a nice person

Who has one? Who doesn’t? When do royals get them and why? And, of course, why do some give them up or lose them? Questions like these crop up all…