Real Time host Bill Maher has called out protesters that gathered outside of the homes of Supreme Court justices this week, after a leaked majority opinion suggested Roe v. Wade could be overturned.

During his Friday night chat show, the HBO host also blasted outgoing White House Press Secretary Jen Psaki for failing to criticize those who took it upon themselves to demonstrate outside the suburban dwellings.

‘I don’t have an official US Government position on where people protest,’ Psaki said to reporters, much to Maher’s irritation.

‘But we do!’ Maher retorted. ‘It’s wrong! It’s intimidation! It’s against the law!’

Although he noted how the protesters were not ‘terribly violent’, he posed the question: ‘Would you want this outside your house?’ 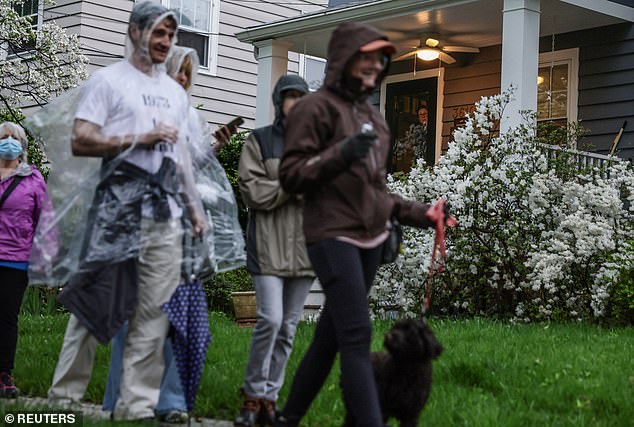 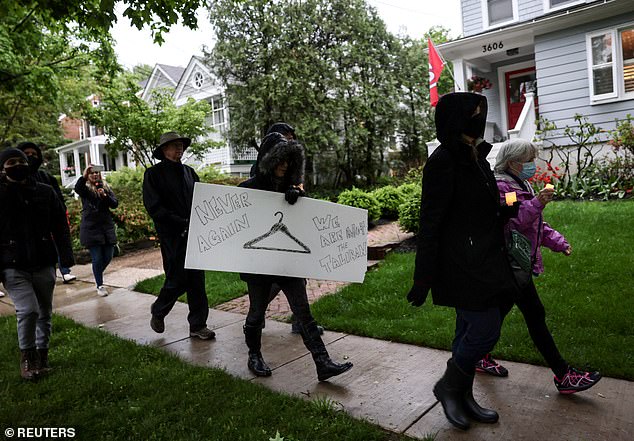 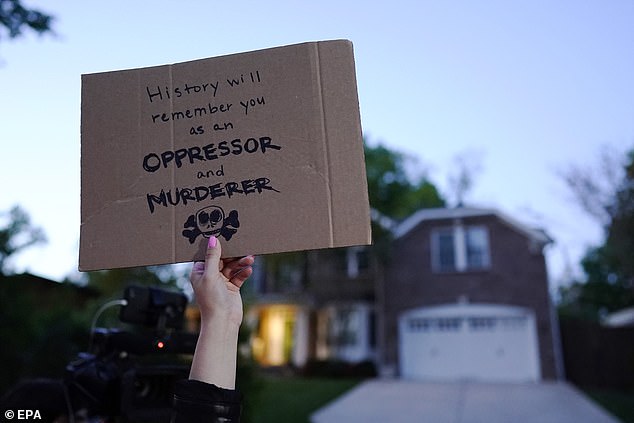 Pro-abortion protesters also gathered for a vigil outside the home of Supreme Court Judge Samuel Alito in Alexandria, Virginia

The largely peaceful protests have drawn Republican criticism over privacy rights of court members, but activists have responded by pointing to years of often violent protests outside abortion clinics and at the homes of doctors providing the medical procedure.

And many have cited the pending Supreme Court decision as a far greater invasion of privacy.

One of Maher’s guests, Rep. Jane Harman, D-California, pointed out a law established in 1950 that forbids protesting outside the home of a judge in order to influence their decision.

Harman suggested ‘it would be much better’ to rally in Washington DC instead.

Maher noted how the issue of abortion could spark ‘civil war’ division where ‘we gonna be two countries, one where you’re a free woman and one where it’s a Dred Scott situation.’

‘Look at some of the things that are being proposed in some of these states,’ Maher began. ‘I mean, Louisiana says flat-out it’s a homicide. So when you drive from LA to Nevada, on one side of the border, you’re just a free person. The other side, you’re a criminal. You can fly across the country and gain and lose your reproductive rights 20 times. How can America sustain that?’ 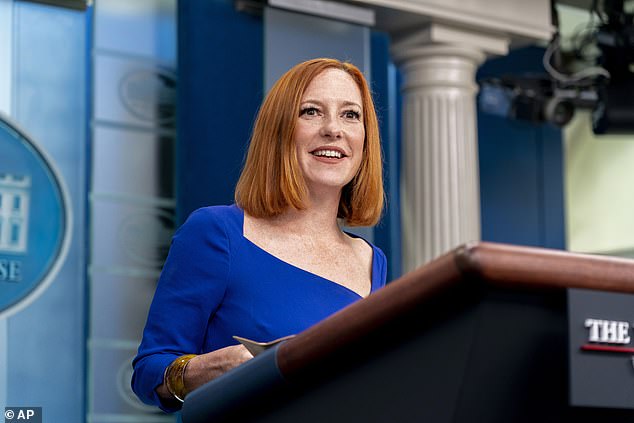 ‘I don’t have an official US Government position on where people protest,’ Psaki said during a briefing to reporters this week

‘It can’t. And it’s wrong,’ Harman responded. ‘And what’s wrong with this is that we’ll get worse unless the Supreme Court- let’s pray, let’s pray- comes out with a different decision from the draft opinion.’

Maher said the abortion debate would bring a ‘tangible sort of concrete pretext’ for those calling for secession to separate the red states from blue states.

‘This gives a real issue to it. I wonder where this is going,’ Maher said.

Maher also noted how during President Bill Clinton’s presidency, there was a mantra that abortion should be ‘safe, legal and rare.’

Maher suggested that the Democrats’ position had shifted in the last 30 years. 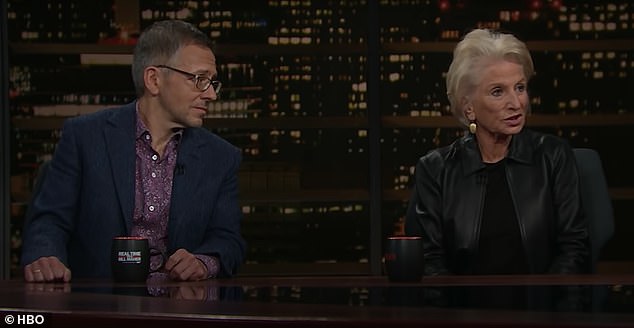 ‘That’s not where the Democrats are now. They don’t say that anymore,’ pointing out how the pro-choice caucus in the House had even adjusted terminology which saw ‘choice’ swapped for ‘decision’ and even the term ‘pro-abortion.’

‘No one should be pro-abortion!’ Maher stated.

‘So much of what we’re seeing right now is unprecedented compared to the days of 1992,’ fellow guest political scientist Ian Bremmer said. 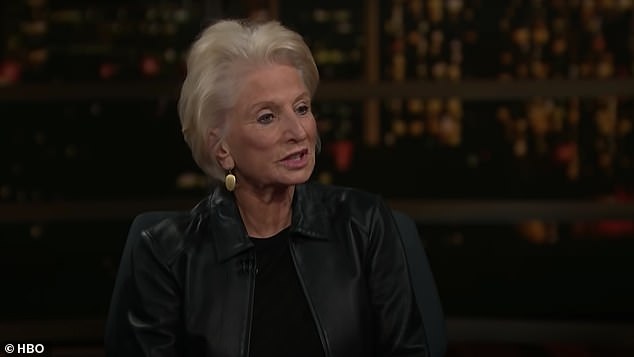 Rep. Jane Harman, D-California, pointed out a law established in 1950 that forbids protesting outside the home of a judge in order to influence their decision 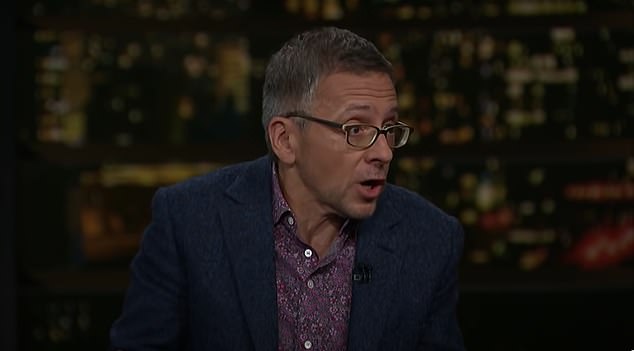 ‘So much of what we’re seeing right now is unprecedented compared to the days of 1992,’ fellow guest political scientist Ian Bremmer said

The leak of the draft opinion has ignited fury over the potential rollback of abortion rights ahead of November’s key midterm elections, when control of both congressional chambers are at stake.

Democrats have pushed to codify abortion rights into federal law, a bid to pin down Republicans on the deeply divisive issue ahead of the crucial polls.

But Republicans and one Democrat in the US Senate tanked the effort to advance the measure earlier this week.

The legislative result does not square with American opinion at large: a new Politico/Morning Consult poll has 53 percent of voters saying Roe should not be overturned, up three percentage points since last week, while 58 percent said it was important to vote for a candidate who supports abortion access.

Republican-controlled states already have taken steps to restrict abortion rights in recent months, and overturning Roe v. Wade would grant them far greater latitude to restrict or ban the procedure.

Police in Washington DC, still on edge after the US Capitol was attacked by a mob of then-president Donald Trump’s supporters in January 2021, have set up temporary fencing around the Supreme Court.

The leaked opinion is also spawning renewed calls by Democrats and progressives to add justices to the nation’s highest court, fueled by the possibility that they will not stop with Roe v. Wade and could overturn other landmark decisions.